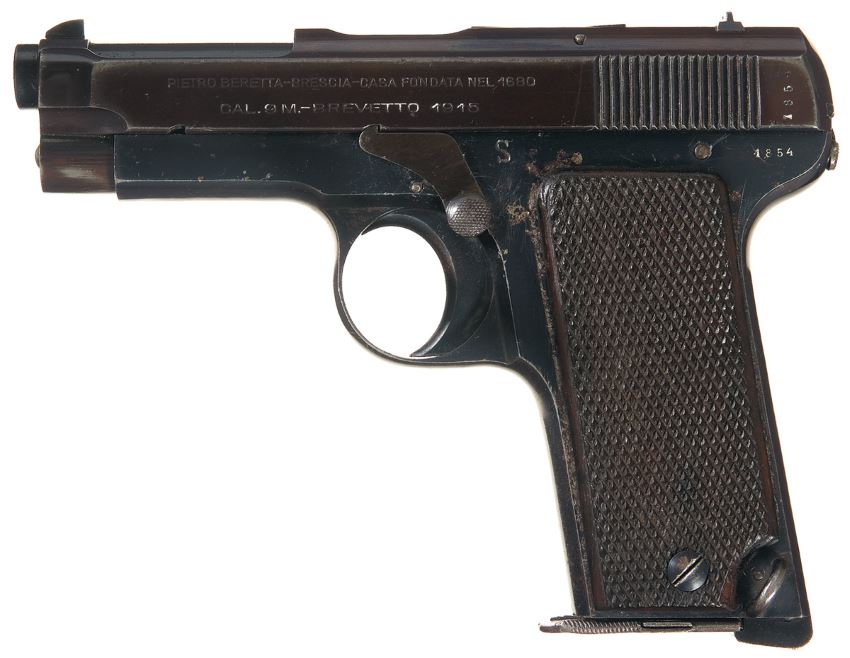 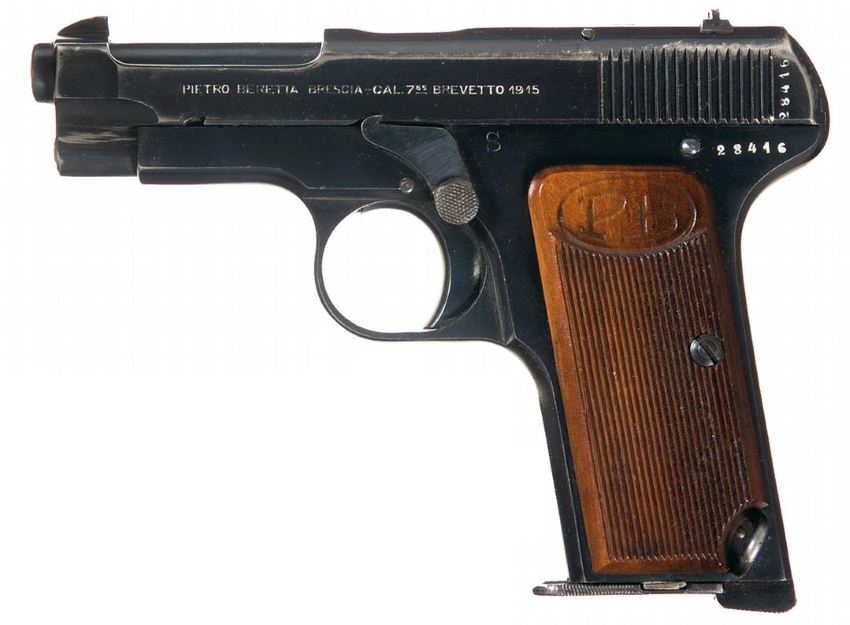 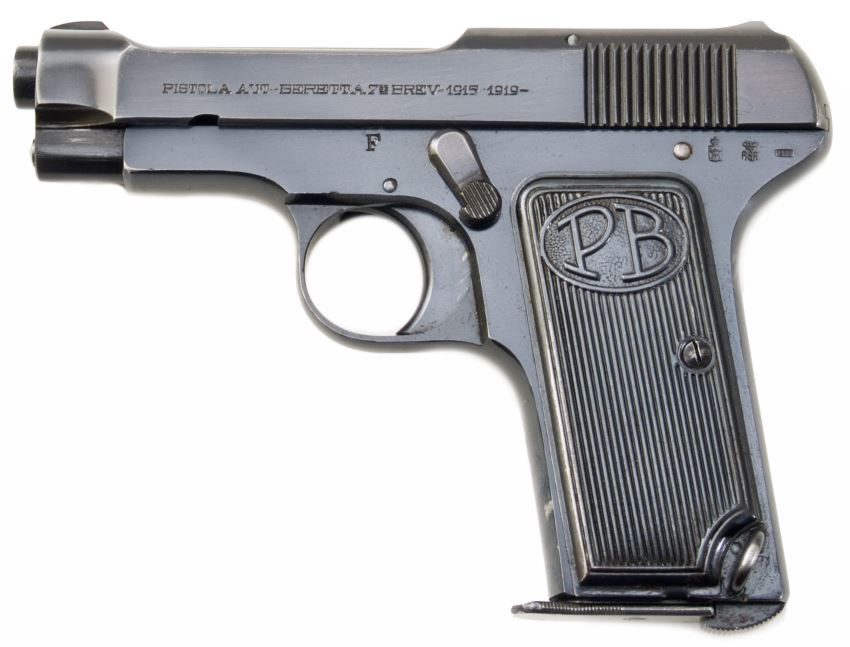 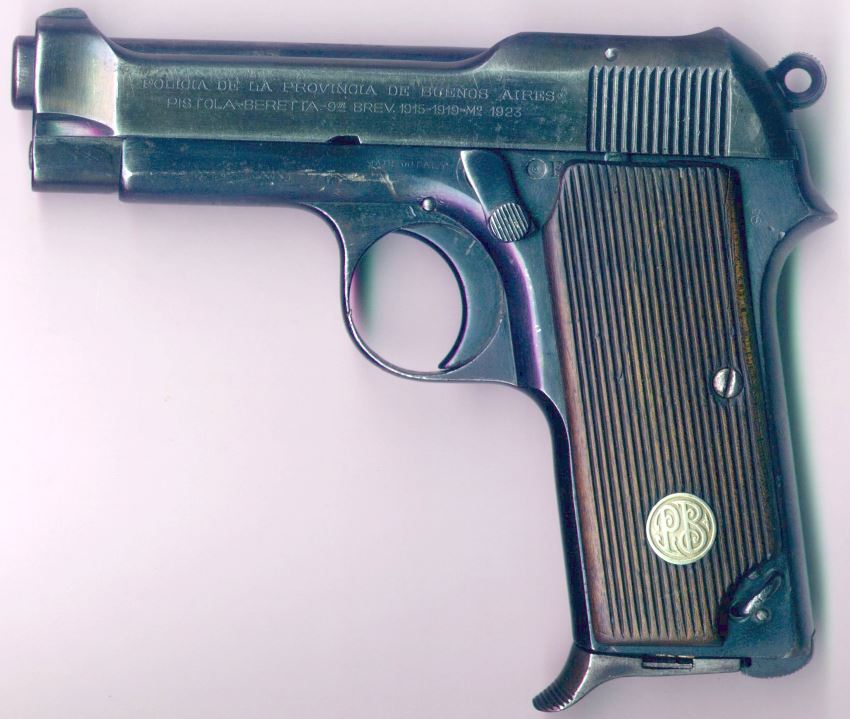 This pistol was designed as a military sidearm, to replace the complicated and expensive Glisenti M1910 pistols in service with the Italian Army. As a result, the Beretta M1915 pistol was very simple and rugged in design, and fired the same service 9mm Glisenti ammunition. Beretta m1915 pistols in 9mm Glisenti were produced throughout the Great War, and their production ended in 1918.

M1915’s were used as service pistols in the Italian Army until the mid-1930’s, when smaller Beretta M1934 pistols were adopted to replace the older Beretta and Glisenti models.

The basic M1915 spawned a long line of successive versions, which remained in production throughout WW2 and afterwards. The first version was the smaller Beretta model 1917 (official designation ‘Pistola brevetto 1915 modelo 1917 calibro 7.65mm’). Initially it was procured by the Italian Army as a military sidearm (to complement the bigger M1915 pistols) and commercial production continued until about 1921.

These pistols were replaced in production by the model 1919 (‘Pistola brevetto 1915-1919 calibro 7.65mm’, also known as model 1922 by the year of its formal military adoption). The Beretta Model 1915-19 (1922) pistols were of same 7.65mm Browning caliber and roughly the same dimensions. However, these improved pistols featured a different barrel attachment system and a longer cut on the top of the slide that replaced the separate ejection opening, and later sort of became the Beretta pistols trademark.

Finally, the Beretta M1923 (official designation ‘Pistola brevetto 1915-1919 modelo 1923 calibro 9mm’) came in around 1923. It was designed to replace the original m1915 military pistols, and was the first Beretta handgun to feature an exposed hammer. Chambered for 9mm Glisenti ammunition, it was supplied to the Italian Army, and exported to Bulgaria and Argentina.

It must be stressed that while it is technically possible to fire modern 9x19mm Luger / Parabellum / NATO ammunition from a Beretta M1915 or M1923 pistol designed for 9mm Glisenti ammo, it is considered unsafe and certainly should not be done.

The Beretta model 1915 pistol is a simple blowback handgun. It features a single action trigger with an internal hammer (concealed inside the slide). The M1915 featured dual manual safeties: one lever located on the left side of the frame, above the trigger, also serving as a slide lock for disassembly. Another lever was located at the rear of the slide, and when applied, locked the hammer in cocked position. Later models dispensed with the rear safety lever. Guns were fed from detachable, single stack magazines, with a heel magazine release.