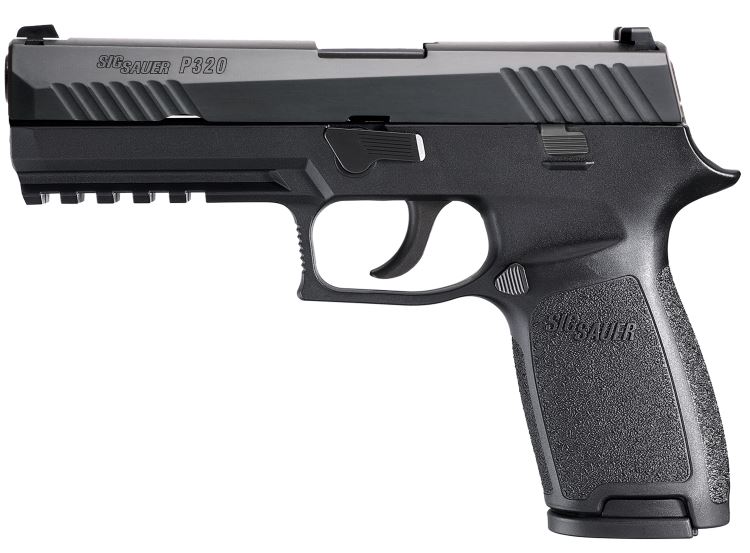 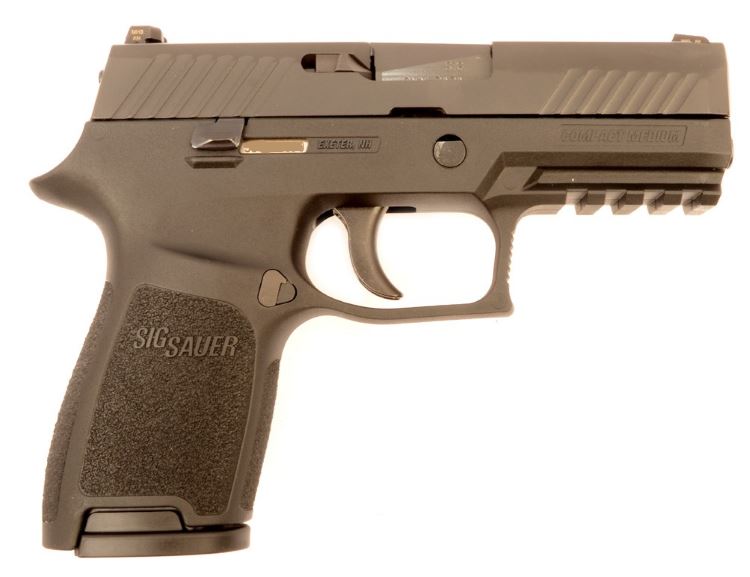 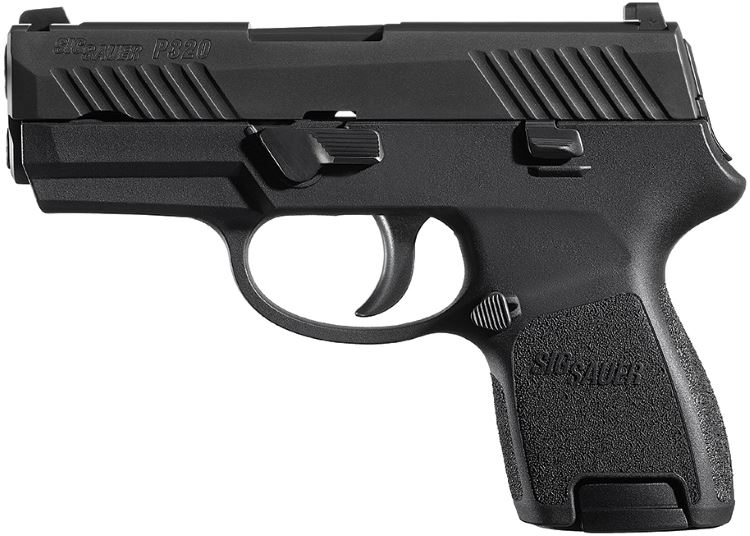 The P320 Pistol is produced by the US branch of the SIG Sauer company for civilian, military and law enforcement use. Since 2017 it has been adapted by the Armed forces of the United States as their regular service handgun, replacing the M1911 Colt Government and the Sig Sauer P226 (known in service as the M11). In the US Army it’s known by the designations M17 ( for the full sized version) or M18 (for the “carry” version). Originally, the Swiss company SIG (Schweizerische Industrie Gesellschaft) joined with the German company J.P. Sauer & Sohn of Germany in 1976 to form SIG Sauer Gmbh. The P32o is produced by the United States branch of that company.

First introduced in 2014, it is now available in four different sizes, each having three grip frame sizes available as well (S, M and L). These range from the full sized model (intended for duty use or dynamic shooting sports) to compact and sub compact models, intended for concealed carry and for self defense.

In accordance with the requirements of the US Army’s handgun trials, it’s a modular, multi-caliber system built around a single unified steel frame hosting the trigger system and slide rails. This individually serial numbered steel frame is inserted into the polymer grip frame (receiver), and appropriate barrel, slide and magazine are added to complete the desired configuration of the gun.

The SIG-Sauer P320 modular pistol is short recoil operated, locked breech handgun that uses a Browning type locking system with cam operated vertically tilting barrel. It’s a striker-fired weapon, with pre-tensioned striker spring and has a striker safety and a thumb operated manual safety. An automated trigger safety is also optional for all models. This gun is designed to be as “fool-proof” during maintenance as possible, requiring no tools and no trigger manipulations during disassembly and reassembly.

When the M17 first went into service, it encountered some problems with drop firing. At a certain angle, it would sometimes induce enough pressure hitting the ground to operate the trigger. Sig Sauer has since addressed this issue.