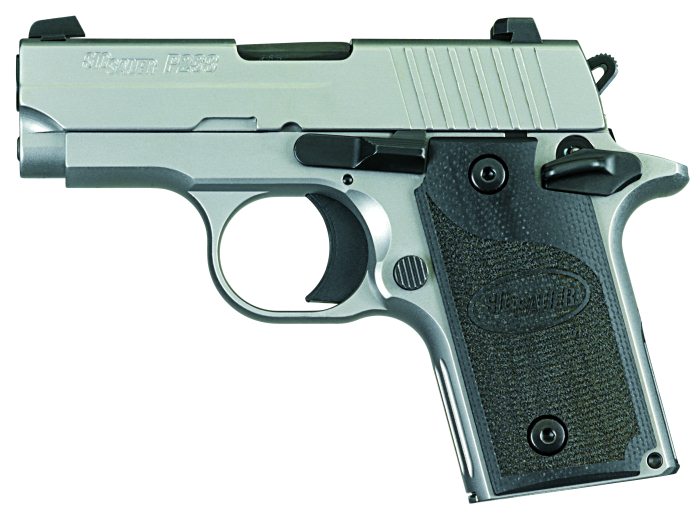 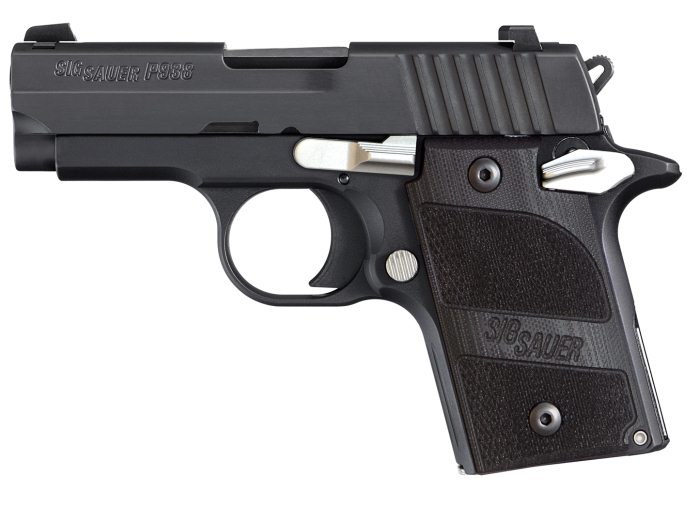 SIG-Sauer P238 subcompact pistol is a product of the US-based branch of the international SIG-Sauer corporation. It is intended primary as a deep concealed carry weapon for law enforcement officers and ordinary citizens alike. It is patterned on the ever-popular US M1911 pistol, but is noticeably smaller and lighter, and is chambered for moderately powerful 9×17 Browning Short / .380ACP cartridge. The P938 is a slightly bigger brother of the P238, sharing same basic appearance, design and features, but it is adapted for more powerful 9×19 Luger / Parabellum ammunition.

SIG-Sauer P238 and P938 pistols are short recoil operated, locked breech pistols that use modified Browning-type locking system. Instead of the M1911-type swinging link or traditional SIG-Sauer open-cam barrel tilting system P238 and P938 both use closed-cam system, similar to that used on CZ75 and some other pistols. Trigger is of single action type, with exposed hammer and frame-mounted manual safety which can be engaged when the hammer is cocked (so called Cocked&Locked carry mode). Slide is made of stainless steel, frame is made from aluminum alloy. Magazines are of single stack type, with standard magazines holding 6 rounds and extended magazines holding 7 rounds. Sights are of fixed type, with SIGLITE luminous inserts for low-light shooting.