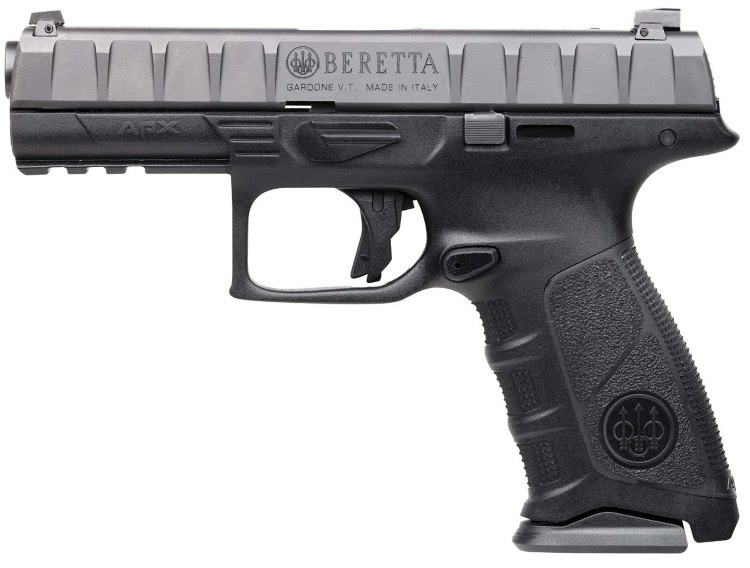 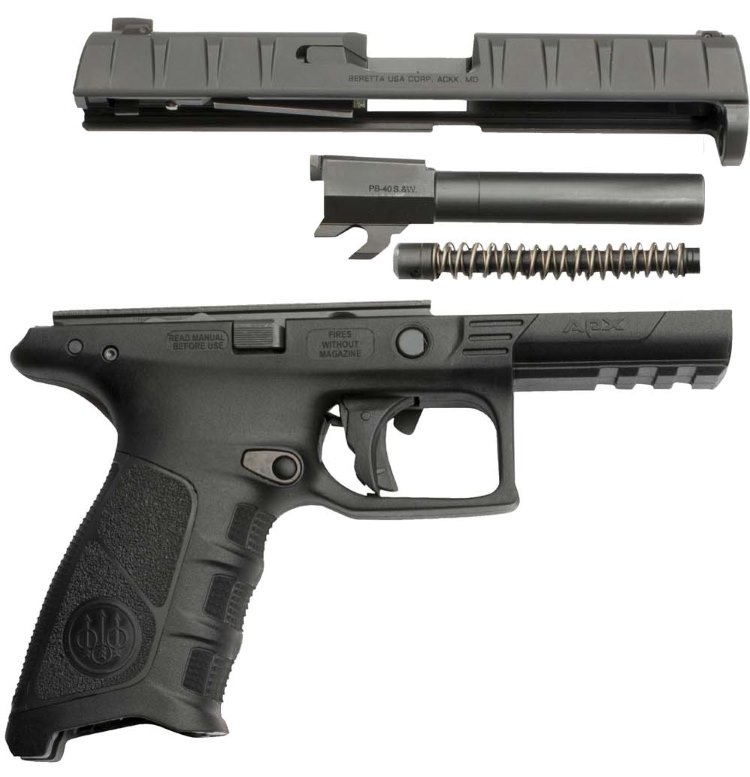 APX pistol was introduced early in 2015 at the IDEX-2015 exhibition. Apparently it is intended to compete for a future service pistol (Modular Handgun System) with US military, which wants to replace its ageing M9 (Beretta 92FS) pistols with more modern, modular and multi-caliber design. As of moment of this writing (March, 2015) Beretta APX pistol was still in prototype form, and not yet in production.