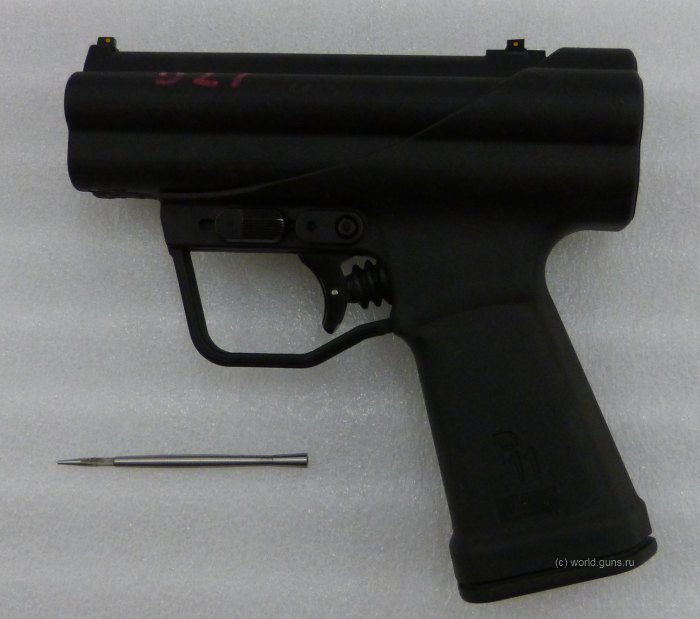 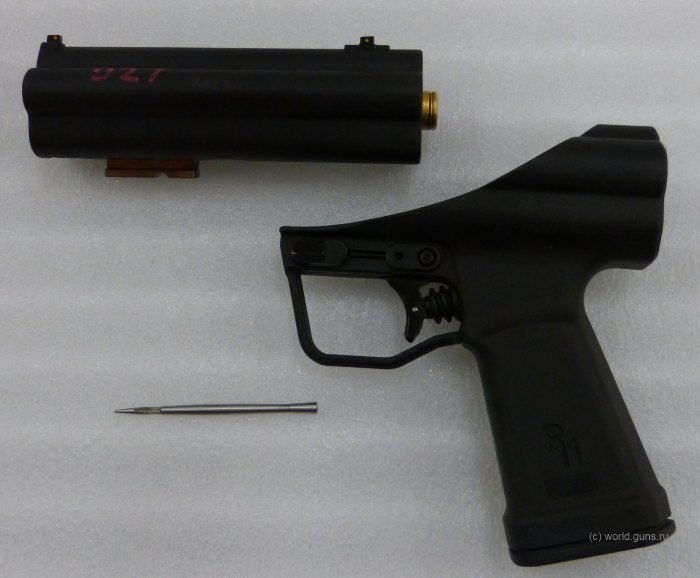 The HK P11 is one of the least known weapons to emerge from the Heckler & Koch factory. Developed during the early 1970s to arm frogmen (combat divers), this weapon is apparently in use with the Navies of Germany, Italy, France, Norway, the UK and the USA. This highly unusual weapon is probably the only serious rival to the Soviet underwater pistol, which appeared in late 1960s. The P11 and its ammunition is somewhat bulkier than its Soviet counterparts (the SPP-1M), but, on the other hand, the P11 has one round more capacity and a larger caliber, probably resulting in better lethality.

The HK P11 pistol is unusual in the fact that it is not self-loading. Instead, it uses a quick-detachable cluster of five barrels, each factory-loaded with a powder charge and long, needle-like, drag-stabilized projectile. Each projectile is 117 mm long and weights 31 gram. Muzzle velocity is 107 meters per second. The pistol is reloaded by the replacement of an entire barrel cluster. In combat, empty clusters are discarded, in training these are collected and later sent back to factory for reloading. Loaded barrels are protected from salt water by thin diaphragms, which are destroyed by the fired bullet at the instant of firing. Powder charges in each barrel are ignited using electricity, provided by two 9-Volt batteries, stored in a sealed container in the grip of the pistol. The effective range underwater depends on the depth, and is about 15 metres near to the surface. Above the water, the effective range is quoted as being around 30 metres, and while long and relatively heavy bullets can be lethal at longer ranges, the chances of hitting any target beyond the given range is minimal. This is because the barrels are not rifled, and bullets are not stabilized in the air, thus tumbling and yawing in flight through the air.