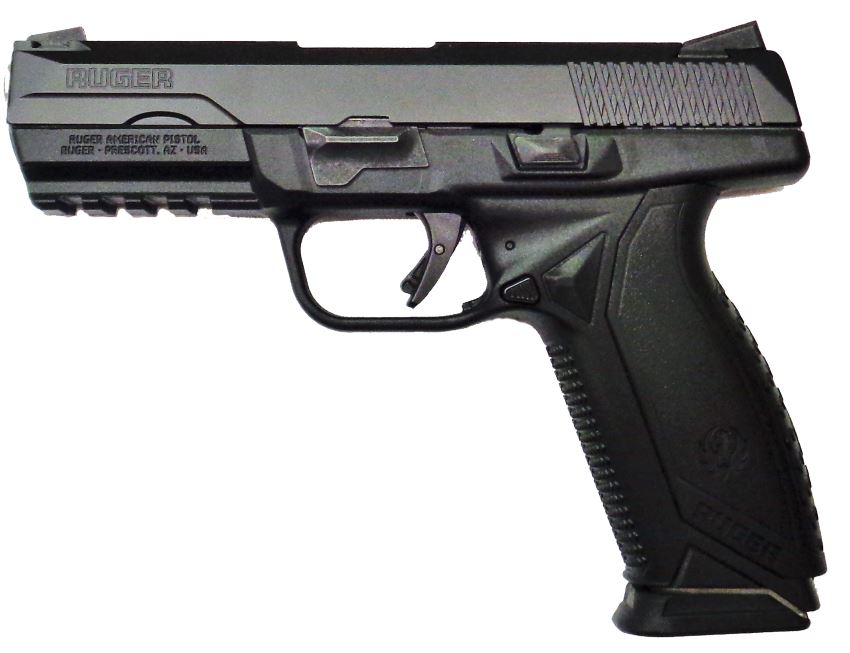 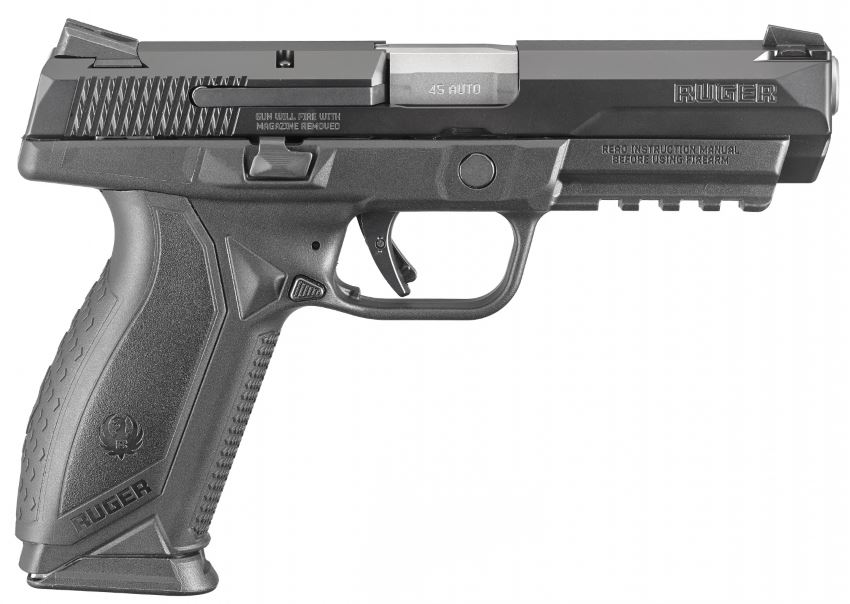 Ruger American pistol was officially introduced early in 2016. It is a full-size, service- or defensive-type pistol of modern design. Like most other Ruger products, it is affordable, yet strong and reliable weapon. As of 2016, Ruger American pistols are available in two major calibers (9×19 and .45), with slightly different dimensions.

Ruger American pistol is a semi-automatic pistol with polymer frame and pre-tensioned striker system. Unlike many earlier striker-fired pistols, it does not require a trigger to be pressed during disassembly, as striker is automatically disengaged when disassembly lever is rotated. Pistol uses traditional Browning-type short recoil operated action; barrel engages the slide with single lug that enters ejection window; locking and unlocking is controlled by a cam system below the barrel. Polymer frame features steel chassis that hosts firing mechanism and slide rails; modular grip panels come in three sizes, from Small to Large (.45 version has only 2 sizes, Medium and Large).  Magazine release buttons and slide release levers are duplicated on either side of the gun. Ammunition is fed from detachable, double stack magazines with capacity of 10 or 17 rounds. Fixed sights are dovetailed to the frame; standard sights are Novak low-profile with three white dots.