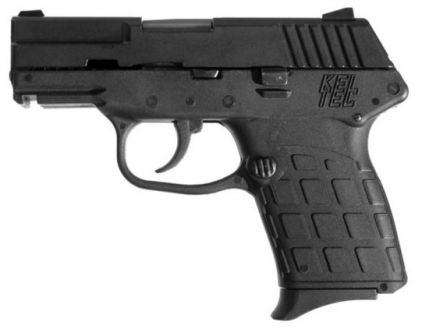 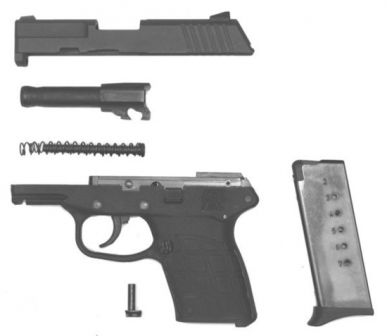 The PF-9 is the latest creation of the US-based Kel-Tec CNC Industries company. Designed by George Kellgren, PF-9 is a further evolution of the highly successful P-11 pistol of the same maker. PF-9 has been introduced at the Shot Show 2006, and its main niche is deep concealment, self defence weapon for civilian public and police. Firing most popular and quite effective 9mm Luger / Parabellum ammunition, PF-9 offers decent firepower in the compact, lightweight and especially flat package – PF-9 is only 22mm (0.88") thick. Compared to P-11, PF-9 traded some magazine capacity for better concealment properties. It also added an integral accessory rail on the frame, below the barrel, which increases versatility of this weapon by allowing easy installation of the laser sight or small tactical flashlight.

Kel-tec PF-9 pistol is a short recoil operated, locked breech weapon that uses traditional linkless Browning system. Fame of pistol is made from durable and impact-resistant polymer, with pinned steel insert that bears slide rails. Double-action only trigger utilizes striker system with no hammer and no manual safeties. Single stack magazine holds 7 rounds, plus one in the chamber. Magazine release button is conveniently located at the base of triggerguard. Sights are of fixed type, with rear sight blade being dovetailed into the slide. Frame is made with integral, Picatinny type accessory rail below the barrel.