Firearms have been developed by humans, for humans through the centuries in order to accomplish various tasks. These tasks may differ, but in my opinion firearms are as legitimate for civilian purposes as anything else, and according to statistics on accidents in many countries, firearms are less dangerous than automobiles.

Of the various uses of firearms, I put self-defense as the most important for civilians. Self-defense is an essential human right, and no police force, no matter how well-equipped and well manned it is, can protect everyone always.

Usually, when thinking of self-defense, handguns come to mind first. However, handguns have limited effective range, limited stopping power (especially when used against wild and dangerous animals in the woods or similar), and also often hard to master. Long guns, such as shotguns or carbines, especially those of light weight and soft recoil, are much easier to fire accurately over any ranges beyond “an arm’s length”. Shotguns and handguns are discussed elsewhere on this site. This section mostly concentrates on rifles and carbines, suitable for self-defense (against humans and wild animals), home defense, as well as for general practice and recreational shooting (plinking). Dedicated sport / target and hunting weapons will be left aside, at least for the moment, because either subject is too broad to be covered here. 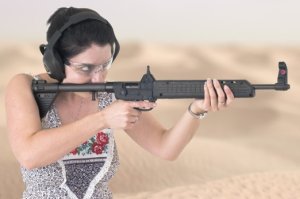 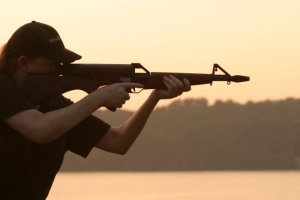 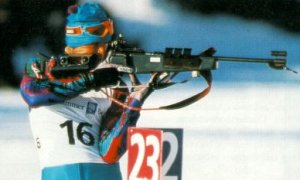 Rule # 1. Treat all guns as if they are loaded. Always check the gun before handling.

Rule # 2. Never let the muzzle of a gun point at anything you do not want to destroy or kill – always point the gun in a safe direction.

Rule # 3. Keep your finger straight along the receiver and off the trigger, unless you have aimed your gun and are ready to shoot.

Rule # 4. Be absolutely sure of your target, and what is behind it. 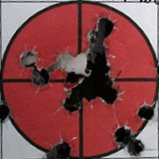