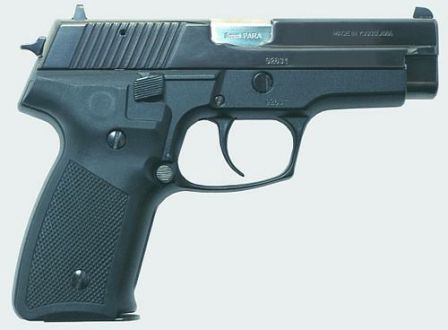 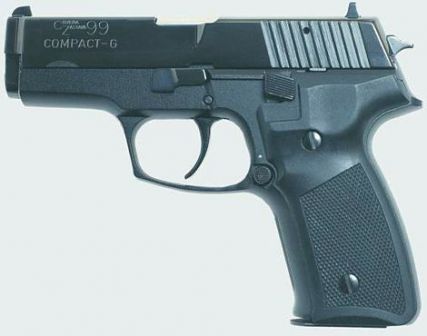 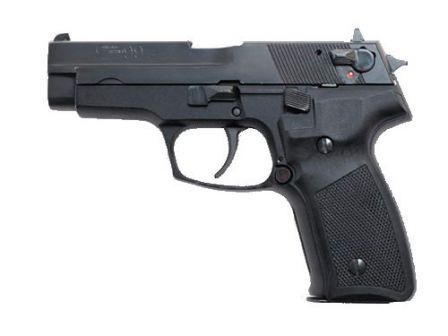 CZ-99S, with additional manual safety, mounted on the slide

The CZ-99 pistol (also sometimes referred to as CZ99) was developed by the former Crvena Zastava arms factory from former Yugoslavia, now Zastava Arms Co from Serbia and Montenegro. The CZ-99 was developed as a service pistol, and is also available for export sales. The copies of this pistols were briefly manufactured in Israel and South Africa. In general, CZ-99 appears to be a good combat pistol, well made, relatively inexpensive and with decent ergonomics.

The CZ-99 is apparently patterned after famous SIG-Sauer P226 pistol, but with several modifications. The CZ-99 is a short recoil operated, locked breech pistol. Barrel is locked to the slide by single large lug, which engages the ejection port. The Browning-type cam system is used to lock and unlock the barrel from the slide. Frame is made from aluminum alloy, slide is stamped from sheet steel, with separate steel breech block insert, fixed by the cross pin. Double action trigger system, with external hammer, has an automatic firing pin safety, and ambidextrous decocker levers, on both sides of the grip frame. The decocker levers also operate the slide stop, reducing the number of manual controls. Pistol is also equipped with loaded chamber indicator. Standard version of CZ-99 has no manual safeties, but there also is a version with manual safety, mounted on the slide. This version is designated as a CZ-99S. Compact variant of the basic pistol, with shortened barrel and slide, is designated as CZ-99 Compact. Standard sights are of fixed variety, with white dot inserts, and both sights are dovetailed into the slide.