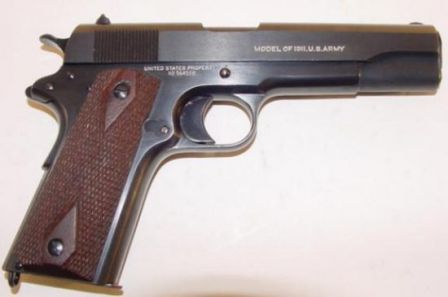 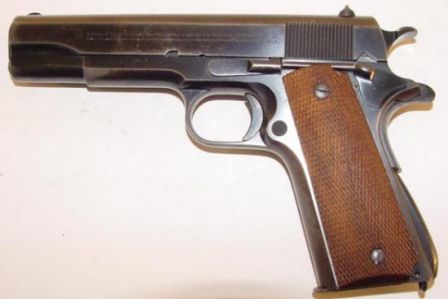 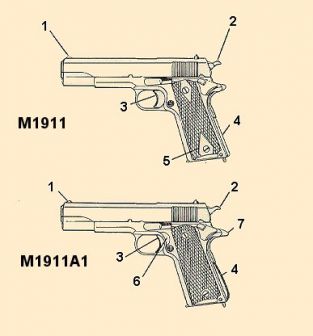 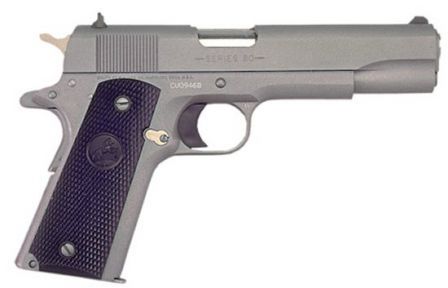 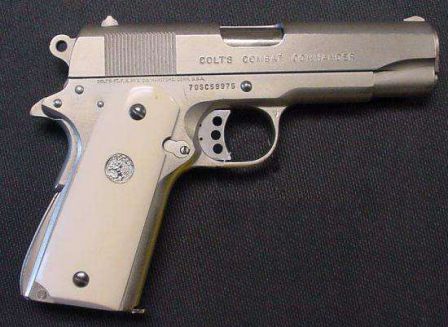 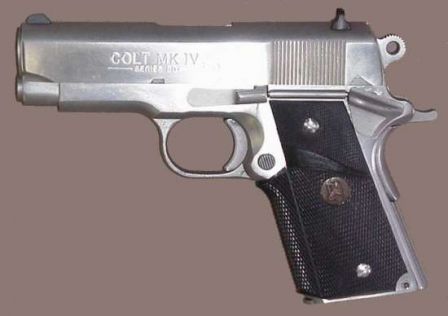 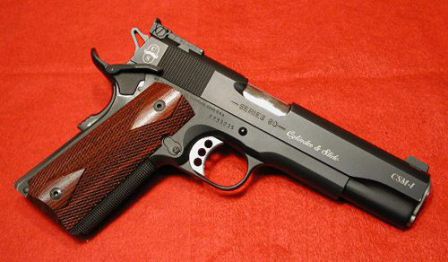 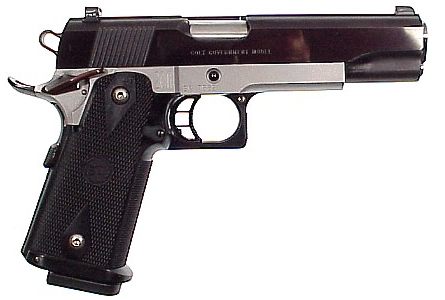 The history of the Colt Government M1911 Pistol began in the early 1900’s, when famous firearms designer John M. Browning began developing semi-automatic pistols for the Colt company. In 1906-1907 the U.S. Army announced trials to replace its service revolvers with a new semi-automatic pistol. The army required this new pistol to have .45 inch caliber, so Browning designed a singular cartridge that fired a 230 grain (14.9 gram) bullet and then designed a new pistol around it.

In 1911, after extensive testing, the new pistol and its cartridge, designed by Browning and manufactured by Colt, were adopted for U.S. military service as the M1911. Prior to and during World War 1, more than one million of these guns were manufactured, mostly by Colt and the Springfield Armoury, as well as by Remington-UMC, Burroughs, Savage and some other companies. The rights to manufacture the Colt/Browning design were also sold to some foreign countries, such as Norway and Argentina.

In 1926, the original design was improved, following the recommendations of the US Army Ordinance Dept. These changes incorporated the following (also see picture above):

The improved design was subsequently adopted by the US Military as the M1911A1 pistol, and served with distinction until 1985, when it was officially replaced in service with the M9 pistol (US-made Beretta 92FS).

The commercial Colts of this design are known as Government models. In 1929, Colt introduced the Government pistol in its new chambering, the .38 Super Automatic, a hotter version of the earlier .38 Automatic cartridge. The new pistol had a larger magazine capacity of 9 rounds and sold well on the police market. The .38 Super versions are still manufactured and are now used mostly as competition guns due to their extreme accuracy.

Colt also developed some more compact versions of its full-size commercial guns. The so called “Commander” versions (available as Combat Commanders, Lightweight Commanders with alloy frames etc) have shortened barrels and slides (barrel length 108 mm, or 4.25 inch), with standard sized frame and grip, and a standard magazine capacity of 7 rounds in .45ACP. These guns were also available in .38 Super and 9mm Luger chamberings. In 1972, the US Army adopted the M15 General Officers Model Pistol, developed by Rock Island Arsenal, very similar to the Combat Commander, as a self defence weapon for high level army officers. These guns had a brass plate insert in the left grip panel, where the name of the owner would be engraved.

An even more compact version, the Colt Defender, also had a shorter grip that limits the magazine capacity to 6 rounds of .45ACP. The barrel of Defender is 76 mm in length (3 inches). The commercial Colt Officers’ pistols were very similar to Defenders.

Along with Colt, countless numbers of companies in the USA and other countries have manufactured more or less exact copies of the M1911. Some millions of guns were manufactured in the USA alone during WW2 by numerous companies under US Government contracts, and probably even more were manufactured for commercial sales. The most common M1911 ‘clones’ are manufactured by: Springfield armoury, Les Baer, Kimber, Wilson, STI, Para Ordnance and many, many others. Also, a lot of M1911-patterned pistols are still custom built by lovers of the gun for service duty, sport shooting and self defence.

Technically, the M1911 is a recoil operated, locked breech semi-automatic pistol. It has a single action trigger with frame mounted safety that operates by locking the hammer and the slide. The Hammer could be locked in either cocked or lowered position – 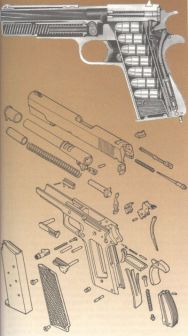 allowing the gun to be carried in “cocked and locked” state, with safety on, hammer cocked and round chambered. An additional automated safety incorporated into the rear of the grip (in contact with the palm of the hand) locks the action when the gun is not held properly.

The barrel and slide are interlocked via massive lugs on the upper part of the barrel, just in front of the chamber. After a shot is fired, the barrel and the slide move backwards for a short distance, then the rear part of the barrel is lowered by a tilting link, and the barrel unlocks the slide. The slide goes all the way back, extracting and ejecting the spent case and chambering a new round on the way back. When the magazine is empty, the magazine follower activates a slide stop that locks the slide in the open (rear) position. The gun is fed from a single stack, seven round magazine. The magazine release button is located on the left side of the frame, just behind the triggerguard.

Modern Government /1911 clones may differ more or less from this description: i.e, those guns may have widebody frames that can accept dual stack, high capacity magazines; frames could be made from steel, alluminium alloys or polymer; some could have Double Action or even Double Action Only triggers, ambidextrous satety switches and slide stops etc.

In the end analysis, I must admit that this article is probably rather incomplete, since the Colt Government M1911 is undeniably the most popular pistol in the world. It is known for its reliability, serviceability and simplicity. Custom made M1911’s are capable of outstanding accuracy, and many of the M1911-patterned guns are still in active service with various military and law enforcement agencies in the USA.