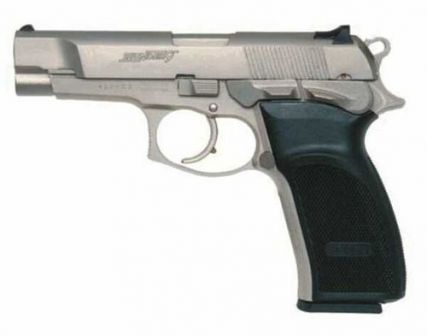 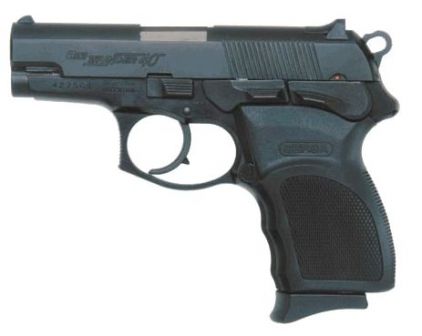 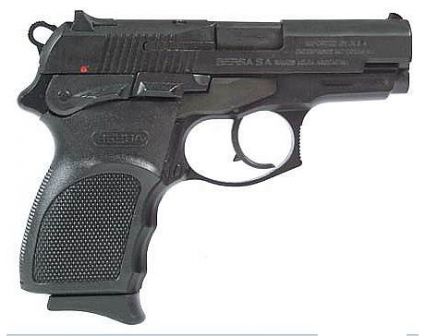 Bersa Thunder pistols are manufactured in Argentina by the Bersa S.A. company. The Thunder series pistols are available in several versions. The Thunder-380 pistol is of simple blowback design, while the more powerful Thunder-9, Thunder-40 and Thunder-45 pistols use a locked breech design. The thunder series pistols are relatively compact and handy, yet offer significant capacity with major pistol calibers. This is combined with comfortable, fully ambidextrous ergonomics.

Bersa pistols are also relatively inexpensive and offer decent reliability, making them good personal defense firearms. The only differences between the Thunder and Thunder-mini pistols (which are also sold as Thunder Ultra-Compact) are size and magazine capacity. The Ultra-Compact .45 pistols are roughly intermediate in size between standard and mini pistols and unlike its smaller caliber brothers, it has a single stack magazine.

Bersa Thunder-9, Thunder-40 and Thunder-45 pistols are locked breech, short recoil operated firearms of the Browning type. The barrel is locked to the slide by a single large lug, which engages the ejection port in the slide. Unlocking is caused by the cam-shaped underbarrel extension.

The trigger type is double action, with an exposed hammer. It has an ambidextrous frame mounted safety which decocks the hammer when engaged, then locks the slide and sear. The action also features a firing pin safety, which blocks the firing pin until the trigger is pressed. The slide release lever is also ambidextrous, and the magazine release button can be easily mounted on either side of the grip.

Magazines of the 9mm and .40SW versions are double stacked, .45 caliber magazines are single stack. Sights are fixed, with front sight integral to the slide and rear dovetailed to the frame. The latest production pistols also feature an integral key lock, located above the trigger on the left side of the frame, as well as an accessory laser / light rail on the frame below the barrel.