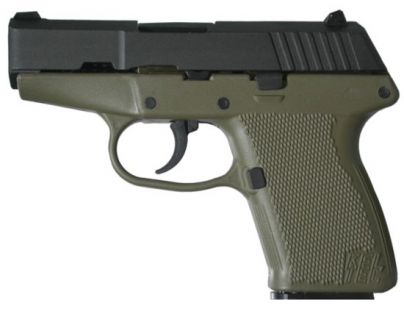 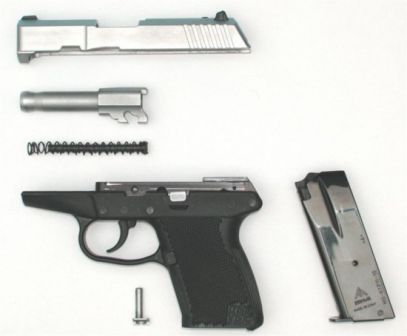 Kel-tec P-11 pistol has been developed in 1994 by US-based Kel-Tec CNC Industries company. Designed by George Kellgren, this pistol was intended as a personal defence weapon for civilian public and back-up / off-duty carry weapon for police officers. Designed under limitations of the now-gone "Assault weapons ban", P-11 has a maximum legitimate magazine capacity of 10 rounds in the reasonably small package. This small and lightweight weapon provides serious firepower (considering its size) and during the time proved itself as a dependable weapon, well liked by its users. It also spawned a number of copies and imitations from other makers, in the form of compact, lightweight polymer-framed pistols with simple and safe DAO triggers.

Kel-tec P-11 pistol is a short recoil operated, locked breech weapon that uses traditional linkless Browning system. Fame of pistol is made from durable and impact-resistant polymer, with pinned steel insert that bears slide rails. Double-action only trigger utilizes striker system with no hammer and no manual safeties. Double stack magazine holds 10 rounds; since the demise of Assault Weapons Ban (which was enforced between 1994 and 2004), extended capacity, 12-round magazines also are available from Kel-tec. Magazine release button is conveniently located at the base of triggerguard. Sights are of fixed type, with rear sight blade being dovetailed into the slide.