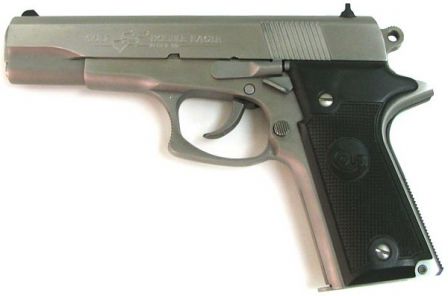 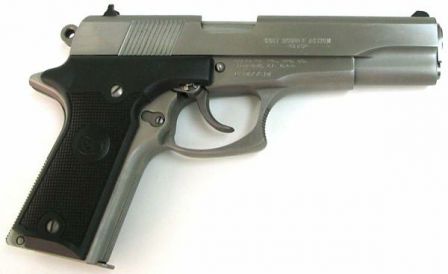 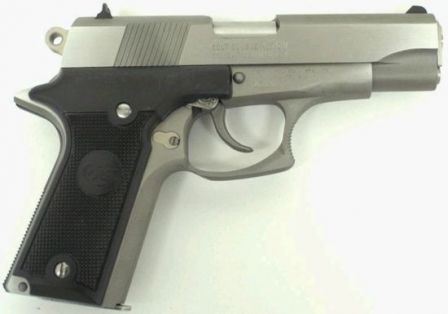 Colt Double Eagle pistol has been manufactured between 1990 and 1997. Unfortunately for company that brought it, Double Eagle came to market way too late, and was looked at as an outdated design with its heavy, all-steel construction and single-stack magazine. It was available in standard full-size, as well as in more compact Commander and Officers versions, in several calibers, but neither version succeed. One ironic aspect of this otherwise unremarkable design is that it became quite popular as a pattern for making tear-gas and blank-firing copies in Germany and Italy, as well as airsoft copies (toy air guns that fired 6mm plastic BB bullets) in South-East Asia.

Colt Double Eagle is short recoil operated, locked breech pistol. It uses the Browning-type locking system, copied from Colt M1911 pistol, with its swinging link. Trigger is of double action type, with exposed hammer and a frame-mounted decocker lever. Additional safety is provided by the automatic firing pin block. Magazines are single stack, magazine release button is located at the base of triggerguard. Sights are either fixed or adjustable, dovetailed to the slide.