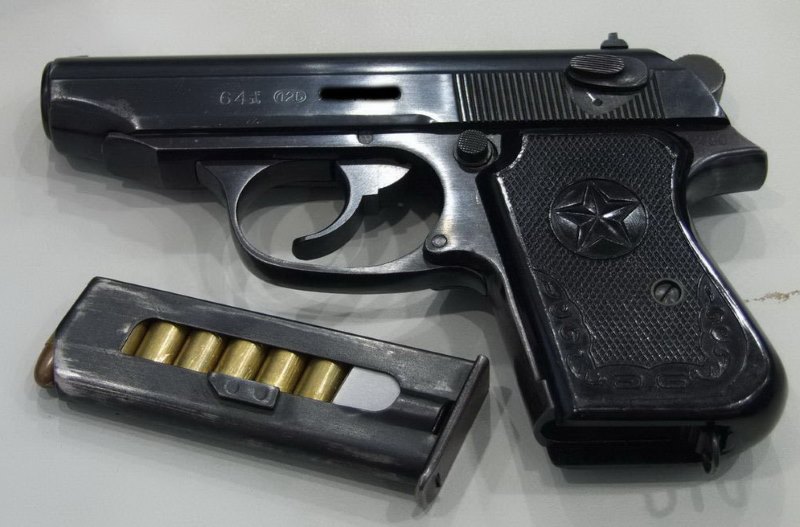 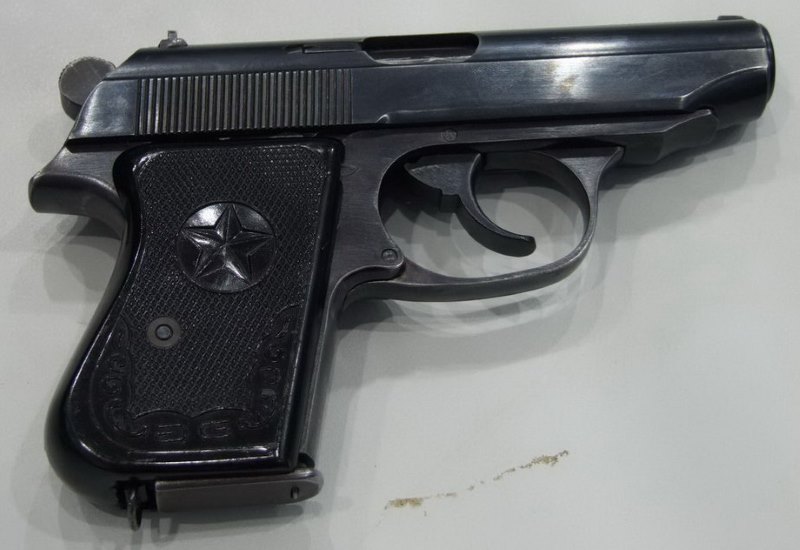 Type 52 pocket pistol, adopted by Chinese military and police in around 1952, had certain problems, including feed issues with semi-rimmed 7.65mm Browning / .32ACP ammunition. As a result, during early 1960s Chinese engineers developed their own version of this old cartridge, with true rimless design and slightly modified projectile, which is known as Type 64 7.62x17mm cartridge. An improved pocket pistol was then designed for this round that mixed features of the German Walther PPK and Soviet Makarov PM (mostly in regard to double action trigger, hammer and safety design), as well as certain indigenous touches. This pistol, designated as Type 64 was issued to various Chinese law enforcement organizations and some high-ranking military officers. According to Chinese sources, mass production of the Type 64 pistol commenced during early 180s, being delayed for more than a decade by a so called Cultural revolution. While being mostly obsolete within the PLA at the present time, it is still widely used by PAP (People’s Armed Police) and other law enforcement agencies within China.

Type 64 pocket pistol is a conventional semi-automatic pistol of all-steel design that utilizes simple blowback action. It also features double action trigger with exposed hammer and slide-mounted safety that automatically decocks the hammer when applied. Single stack magazine holds 7 rounds and magazine release button is located on the frame, behind the trigger guard. Type 64 handgun features a bolt-hold-open device and an internal slide release system, which is triggered by a projection on a magazine. When side is locked back, insertion of a fresh magazine automatically disengages the slide catch and thus chambers a round. No manual slide release lever is provided on the gun.