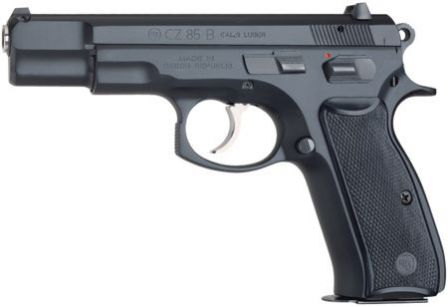 CZ-85B, the ambidextrous version of the CZ-75 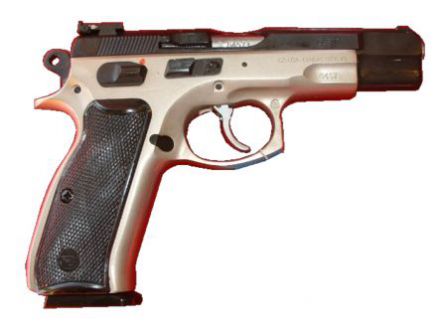 CZ-85B Combat, same as CZ-85B but with adjustable rear sight

The CZ-85 pistol is similar in design, general outline and operations to the famous CZ-75 pistol. The only differences are the completely ambidextrous safety catch and slide stop levers, and a reversible magazine release button. The CZ-85 appeared on the scene in the mid-1980s; production began circa 1986. Original CZ-85 design latter was upgraded with integral firing pin block, along with the CZ-75B.