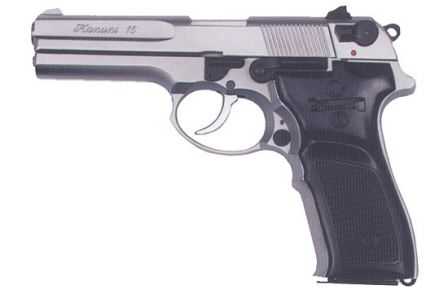 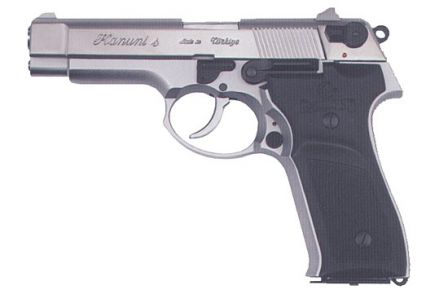 Kanuni series of pistols are manufactured in Turkey by the TISAS Trabzon Arms Industry Corp since 1998. These pistols are in use by Turkish military units, government airport security, and by some private security companies in Turkey. Unlike most other pistols of Turkish origin, these appear to be of more or less original design, and not being a copy of one existing European pistol or another.

The Kanuni pistols are locked breech, short recoil operated weapons with modified Browning-type locking system, in which the barrel is locked to the slide using one large lug which engages the ejection port. The trigger unit is of double action type, with exposed hammer and slide-mounted safety. Additionally, these pistols feature an automatic firing pin block. The Kanuni S is a latest modification of the original Kanuni 16 pistol, and is a bit lighter thanks to shortened dustcover and slightly different frame shape. Both pistols use same double stack magazines which hold 15 (standard) or 17 (extended) rounds. Sights are fixed, with the rear sight being dovetailed to the slide.