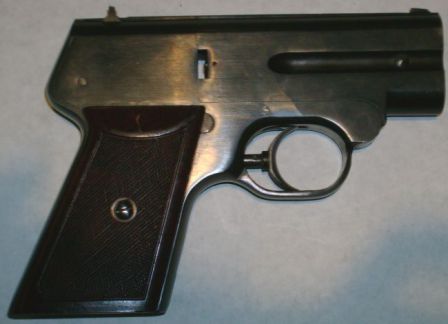 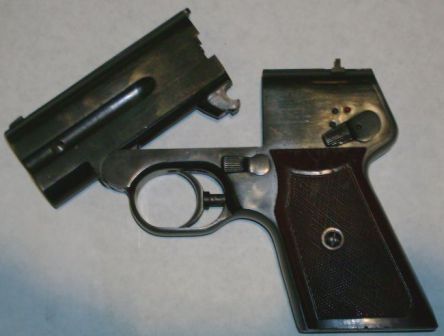 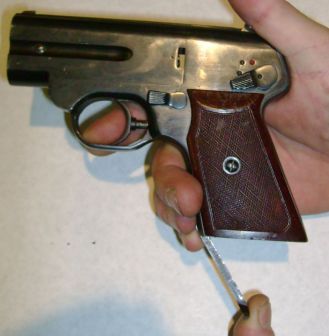 cocking the internal hammers of the S4M silent pistol

The S4M pistol is one of the many less-known "Spetsnaz" weapons of the Soviet origin. Developed during early ninety-sixsties for clandestine work of KGB and Army Spetsnaz operatives, it was officialy adopted in 1965. It is believed to be still in limited use by special operations elements of the Russian army and law enforcement. This pistol appears to be a predecessor of the smaller MSP pistol, which used improved ammunition of similar 'internally silenced, piston' concept, but of much smaller size.
The S4M is a two-barreled pistol with tip-up barrels. Cartridges are loaded and unloaded in pairs, using a specially designed steel clip. The pistol has neither ejector nor extractor, as the clip is removed manually during reloading. The trigger is single action, concealed hammers being cocked manually by pulling down a special lever, located at the base of the grip. A manual safety is located at the left side of the frame. Sights are fixed.