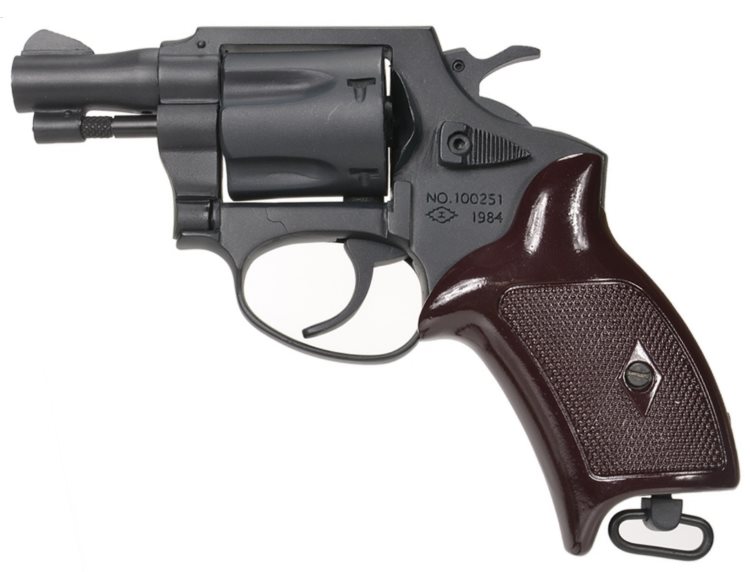 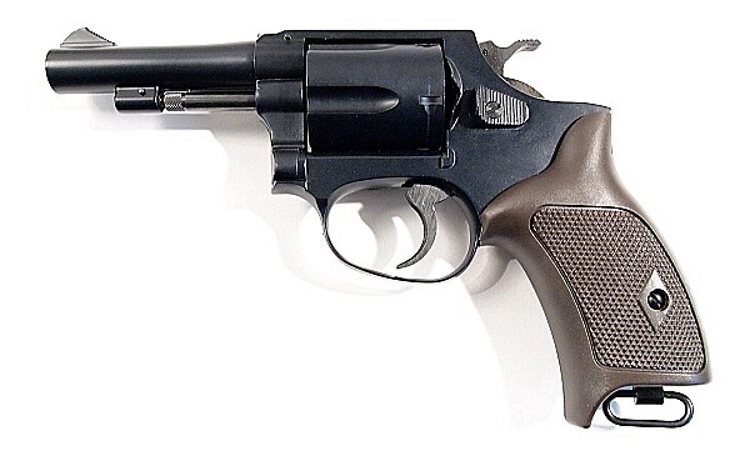 The New Nambu Model 60 Revolver was designed over two years, between 1957 and 1959. It was intended as a replacement for the aging United States made Colt 1911 automatics and Smith&Wesson revolvers in use by the Japanese police and security forces at the time. It entered mass production in 1960 at the Shin Chuo Kogyo company, and was manufactured until the mid 1990’s. Today New Nambu M60 revolvers can still be encountered in the possession of Japanese police and security officers.

The New Nambu Model 60 Revolver is based on the Smith & Wesson model 37 “Chief’s Special” revolver. The main difference being a slightly larger frame and cylinder. It has the similar double-action lockwork with external hammer, and similar reloading procedures with a swing-out cylinder holding five rounds of ammunition. The gun is an all steel design, with characteristic brown plastic grip panels and lanyard ring at the bottom of the grip. The New Nambu Model 60 revolvers were produced in two major variations, either with 2 inch or 3 inch barrels. The longer barreled version was considered a ‘sport’ model, for use on the range, or for target shooting and hunting.