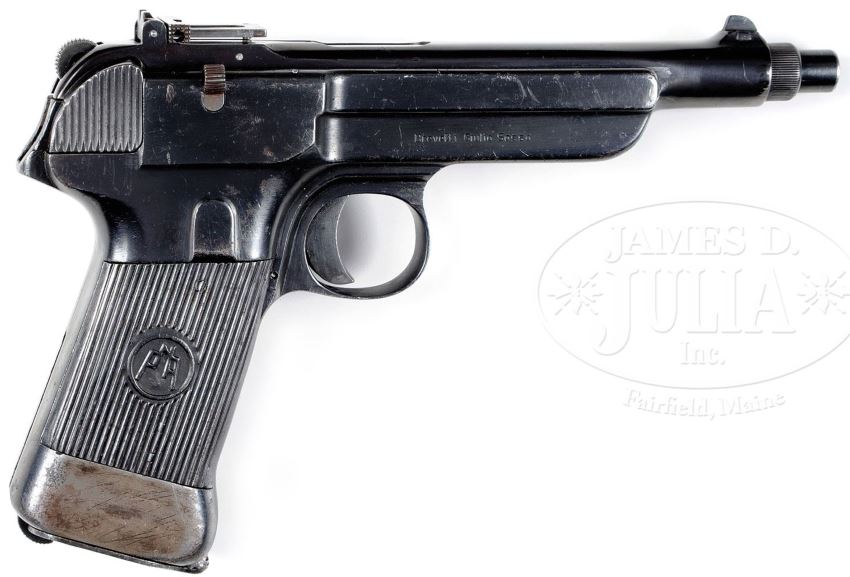 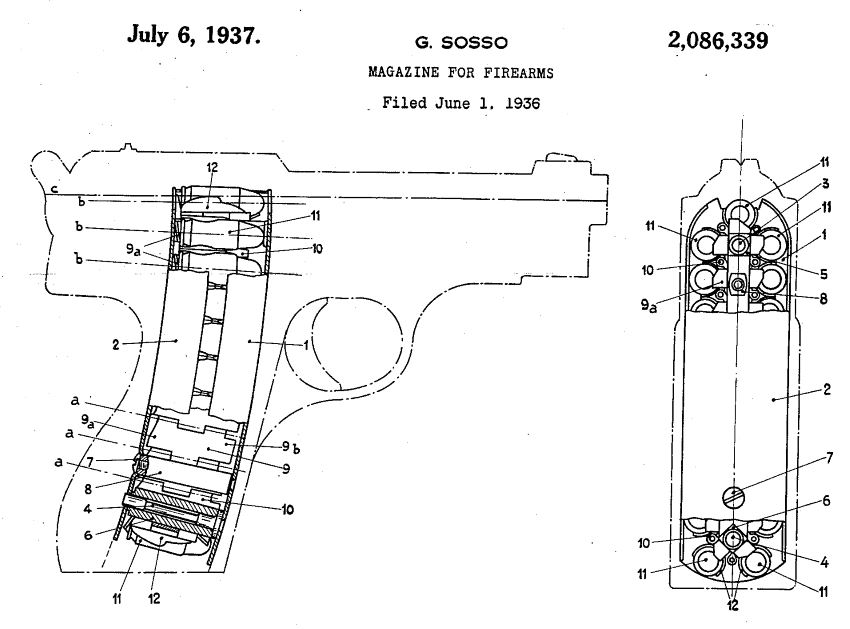 The Sosso pistol was designed between 1933 and 1939 by Giulio Sosso, an Italian gun designer. After several improvements, it was produced in very small numbers by the F.N.A. Brescia factory in 1941-42.

Apparently, two slightly different models were produced, one with a lanyard ring and slotted frame for the detachable shoulder stock / holster, and another without these features. All in all, probably only around 100 or so of these pistols were ever made, as they turned out to be very heavy, bulky and expensive to make, despite an unusually large magazine capacity.

This pistol used an unusual locking system utilizing a short-recoiling barrel and vertically sliding pin. The single action trigger system featured an exposed hammer and manual safety on the frame. The most unusual and unique feature of the Sosso pistol was its patented ‘endless conveyor’ type magazine. Instead of the typical ‘box with spring and follower’, the Sosso magazine contained an endless belt – or conveyor – with 21 slots for individual cartridges, plus two spindles (at the top and at the bottom) and the associated framework.

The conveyor was operated by the cycling slide via a ratchet-type system that advanced the cartridge belt one step during each rearward movement of the slide. Other features of the military-type Sosso pistol included an adjustable sight (marked, rather optimistically, to 200 meters), and a detachable shoulder stock-holster.