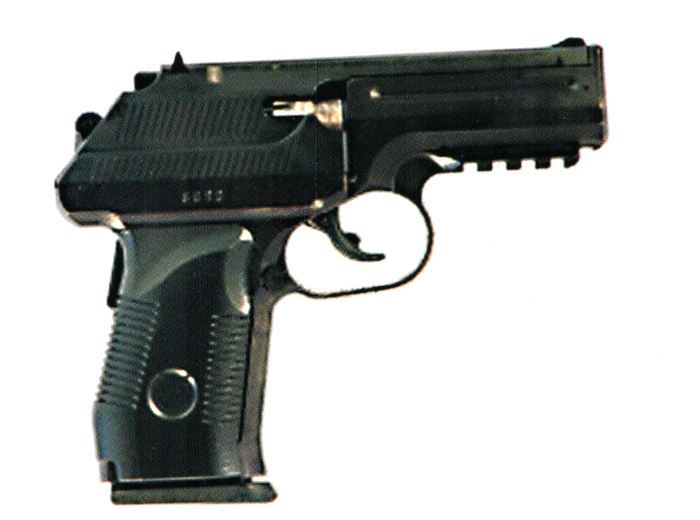 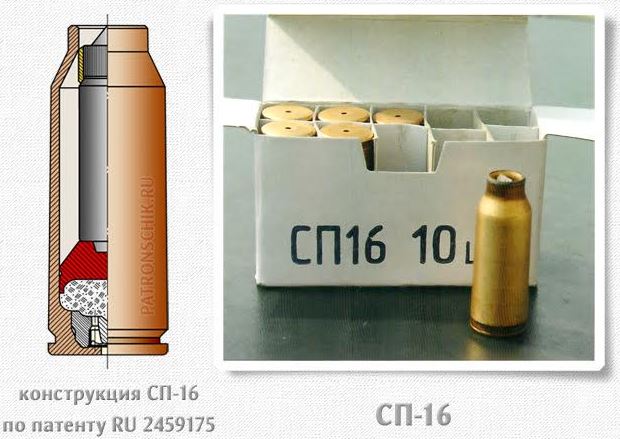 patented 7.62mm SP-16 "internally suppressed" cartridge with internal piston that pushes the bullet out and then captures powder gases inside the case;
sectioned diagram (left) and live ammunition and packaging (right)

The PSS-2 silent (noiseless) pistol is a second generation of unique self-loading pistols that fire internally suppressed, captive piston ammunition. Designed and manufactured by Russian state owned organization TsNII TochMash (Central Scientific & Research Institute for Precision Machine building), this pistol was adopted in 2011 by Russian FSB (Federal Security service) and is now in use by elite Spetsnaz and counter-terrorism units.

This pistol is an evolution of the soviet-era PSS “Vul” pistol, utilizing same concept of captive piston, internally suppressed ammunition but firing slightly larger and more powerful 7.62x43mm SP-16 ammunition. Compared to its preceding 7.62×40 SP-4 cartridge, the SP-16 cartridge features case of larger volume, and an all-steel projectile with separate driving band and chisel-shaped nose for improved penetration. Muzzle velocity of SP-16 bullet is also higher than of the predecessor at about 300 m/s. Basic design of the cartridge is the same, with short sliding piston placed above the small powder charge. Upon discharge, this piston pushes the bullet out of the case, and then jams itself shut at the bottlenecked case mouth, capturing hot powder gases inside to achieve near-noiseless firing.

The PSS-2 pistol is a blowback operated semi-automatic handgun with separate sliding chamber, similar in design to PSS “Vul” pistol. PSS-2 features double action trigger with exposed hammer and dual external automatic safeties (grip safety and trigger safety). No manual safety levers are present on the gun, and it is intended to be carried into action with hammer set on half-cock, ready to be fired immediately through double action trigger pull or with prior manual hammer cocking. Ammunition is fed using detachable single stack magazine with 6 round capacity. Sights are fixed, and the frame below the barrel is provided with integral  Picatinny rail that can be used to install flashlights and/or laser sights.