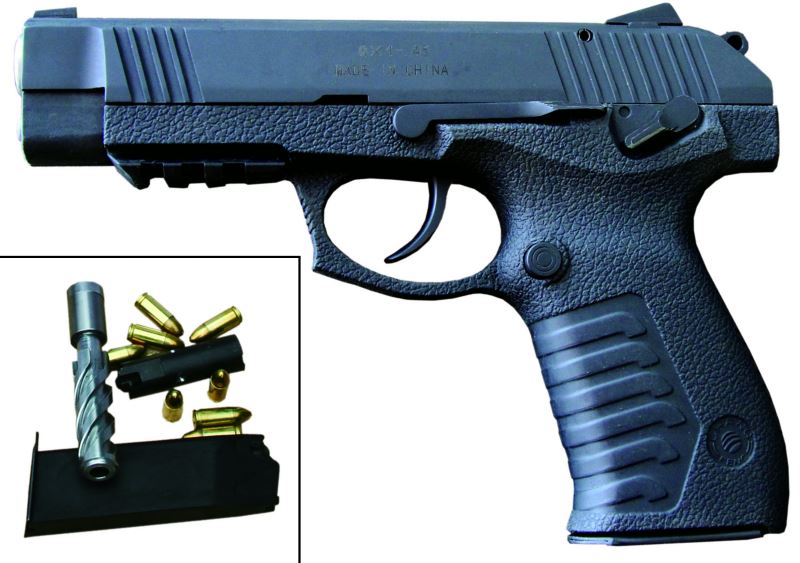 The QX4 pistol is a relatively new, full-sized service type handgun manufactured in China for commercial export sales. It is designed to accept .45ACP (11.43x25mm) ammunition, which is most popular in USA. It’s selling point though is that it can also be converted to several other popular calibers, such as .40SW (10x22mm), 9x19mm Luger, and, surprisingly, 7.62x25mm Tokarev, which remains somewhat popular in Asia.

The QX4 pistol is a semi-automatic pistol with polymer frame and double action trigger with exposed hammer. It features delayed blowback action with non-recoiling rotating barrel, broadly based on the concept of the US Savage pistols from the early 20th century.

However, in the QX4, the spiral grooves are relocated from the slide to the barrel, and made through its entire length, providing additional braking force.  Braking grooves have a different spiral pitch for each caliber. Due to different diameters of the various cartridges, QX4 pistol features a removable breechblock system. Therefore, caliber change involves disassembly of the gun, and replacement of the barrel, breechblock and use of appropriate magazines.