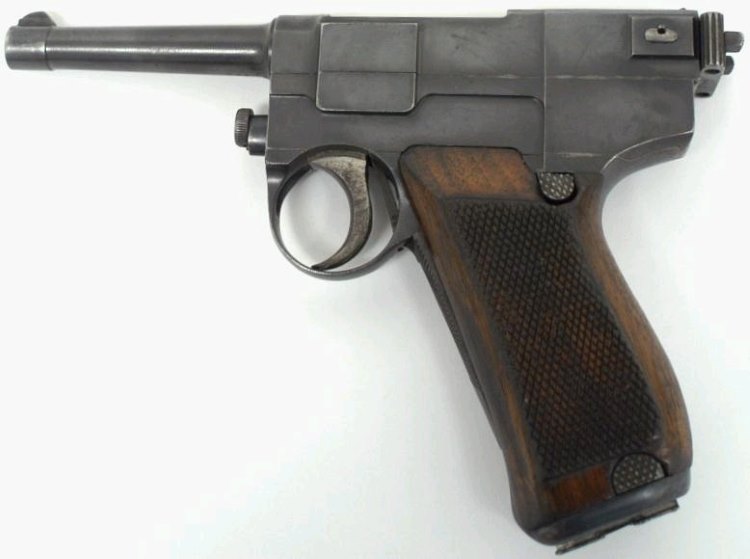 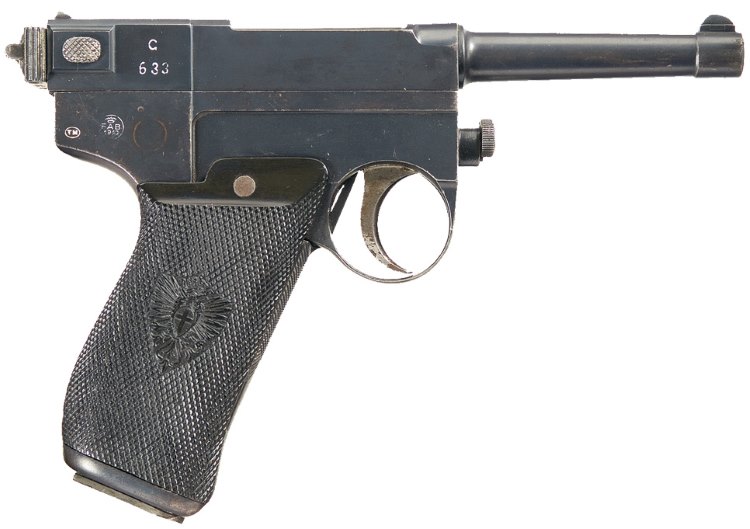 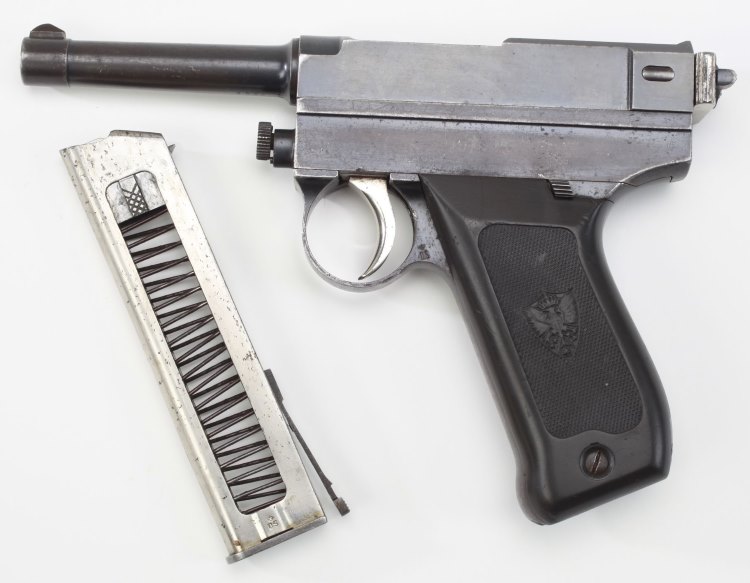 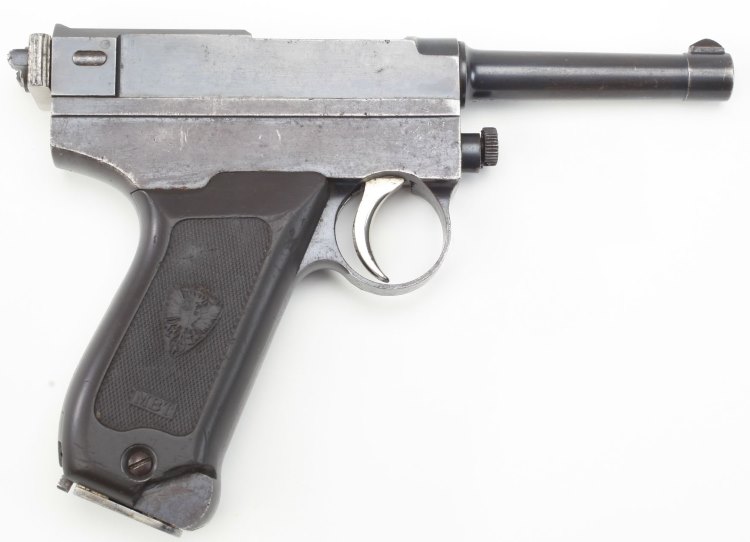 The Glisenti M1910 pistol (officially called ‘Pistola Automatica Modello 910′) was designed by Italian army officer Bethel Abiel Revelli. He spent several years developing his design, which he finalised in 1905. He then shopped it out to Italian gun-making company Fabbrica d’Armi Glisenti.

In 1907 the design and tooling for this gun were sold to Metallurgica Bresciana gia Tempini (MBT). Originally produced in 7.65mm caliber, this pistol was tested by the Italian Army and after certain modifications (including a caliber increase to 9mm) it was formally adopted by them. A total of about 33,000 Glisenti M1910 pistols were produced by MBT. Thee pistols were in standard service by the Italian Army during World War 1 and were mostly phased out of service in the interwar years before WW2.

An important note about ammunition for Glisenti M1910 and Brixia M1913 pistols: their 9mm Glisenti ammunition was dimensionally similar to the ubiquitous 9×19 Luger / Parabellum ammunition, was loaded to lower pressures due to the relatively weak design of the M1910 pistol. Loading and firing any 9×19 Luger ammunition in these pistols could result in catastrophic failure of the gun.

Shot from this pistol, the 9mm Glisenti round developed a muzzle velocity of about 320m/s with an 8gram bullet.

The Glisenti M1910 pistol is a short recoil operated, locked breech pistol. It has a separate bolt (breechblock) of rectangular cross-section which moves inside a square-shaped receiver (barrel extension) and protrudes at the rear. Barrel locking is achieved by a vertical lever, positioned on the frame which interacts with the barrel extension and the bolt.

The pistol is striker-fired, with an unusual ‘turn-key’ manual safety located at the rear of the bolt. An automated manual safety was built into the front strap of the pistol grip (Brixia M1913 pistols had no grip safety). Another unusual feature of the gun was that the entire left side plate of the frame could be easily removed by unscrewing the retaining screw at in front and above the trigger guard. This simplified disassembly and maintenance but also noticeably weakened the design. This weapon was fed from detachable single stack magazines holding 7 rounds of ammunition each.