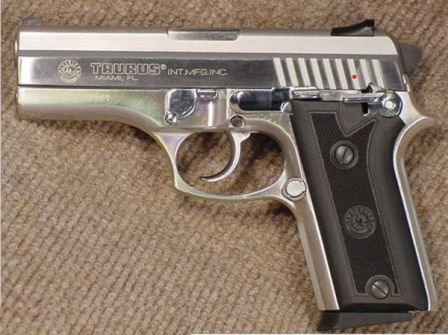 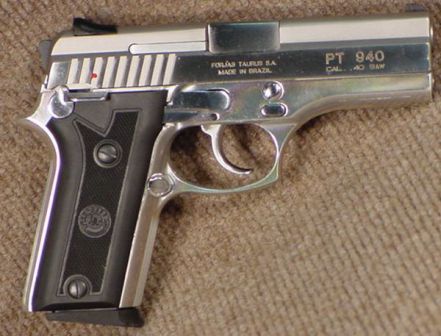 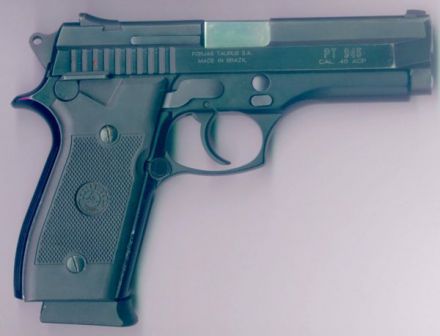 The first of the Taurus 900 series pistols, the .40 S&W caliber PT 940 was introduced in 1992 in an attempt to provide both civilian and police shooters with a pistol substantially more compact than their full-size PT 92 / PT 100 series pistols, yet big and powerful enough to be used as primary duty or self-defense weapon. Two years later Taurus introduced a .45 caliber version, which was slightly longer and heavier due to the larger round. A 9mm version, the PT 911, appeared in 1997, and in around 2005 Taurus introduced the newest pistol in its 900 line, the PT 909. The PT 909 is mechanically similar to PT 911 but has a different grip shape (with curved backstrap, like PT 945) and an integral Picatinny-type accessory rail on the frame below the barrel.

Taurus 900 series pistol are short-recoil operated, locked-breech weapons. Frames on all PT 900 series models are machined from forged aluminum blocks, while slides and barrels are made either from carbon or stainless steel. Locking is of modified Browning type, with a tilting barrel that engages the slide with a single locking lug at the top of the chamber area, which enters the ejection window. Unlocking is controlled by the cam-shaped lug below the barrel. The trigger is of the double-action type, with an exposed hammer and ambidextrous safety/decocking levers on the frame. Magazines are double-stack on 9mm and .40 S&W models and single-stack on .45 ACP models. The magazine release button is located at the base of the trigger-guard. The sights on service models are of the fixed type, with both front and rear sight dovetailed into the slide. Pistols are available from the factory with standard or night (with luminous inserts) sights.

How to disassemble (field strip) Taurus PT911 PT940 and PT945 pistols: 1) remove the magazine by pressing the magazine release button; 2) check that the chamber is empty; 3) depress the takedown lever stop, which is the small button located on the right of the frame above the trigger guard; 4) while holding the button down, rotate the takedown lever (located at the left side of the frame) downward about 90o ; 5) push the slide all the way forward and out of the frame; 6) remove the return spring by pushing its head slightly forward and then pulling it out carefully of the detent in the barrel; 7) lift up the barrel from the slide.