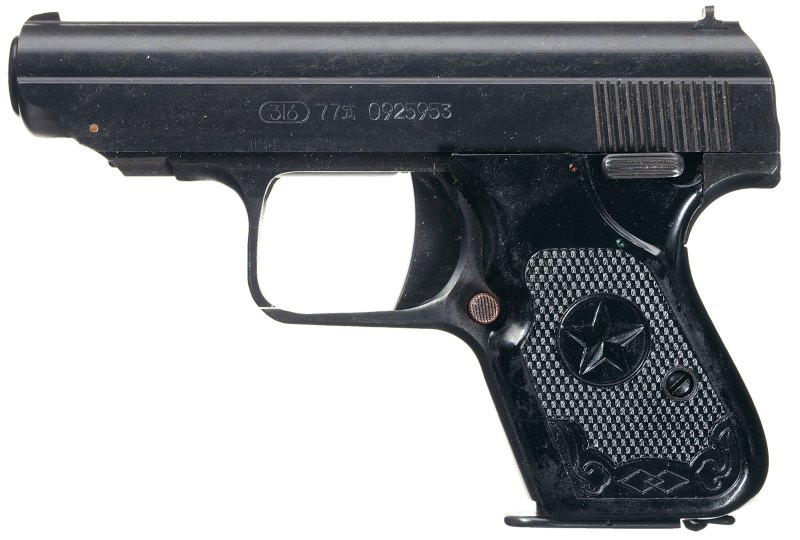 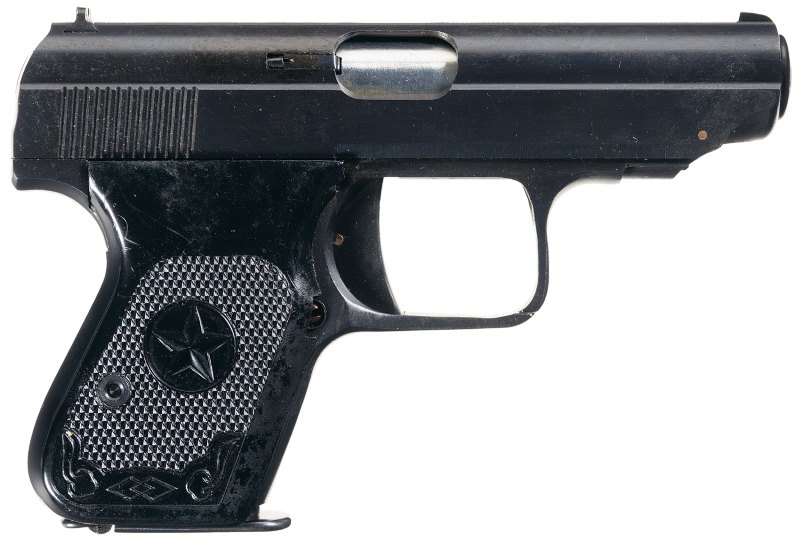 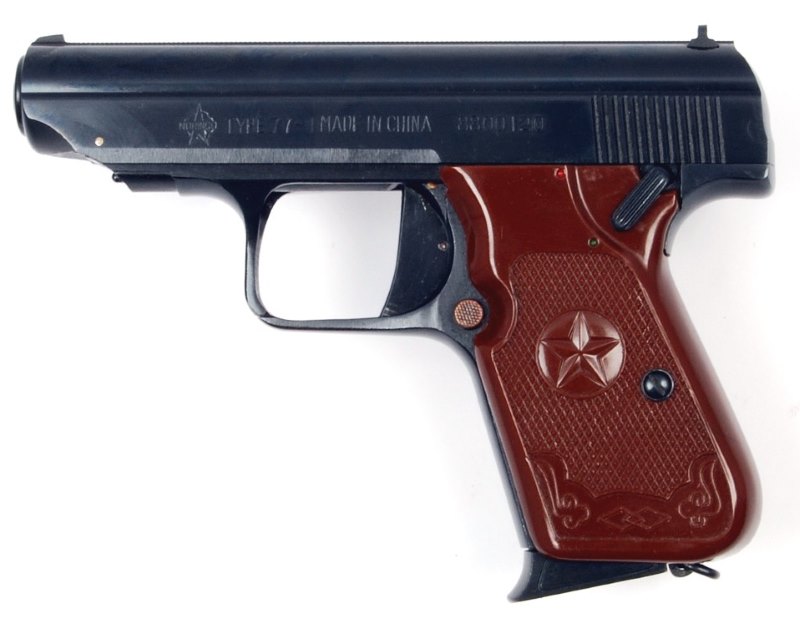 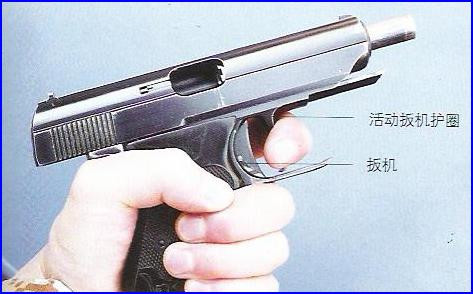 By late 1970s Chinese army and police required a new compact sidearm to replace ageing 7.65mm Type 52 (Walther PPK copy) pistols. New pistol was to be chambered for indigenous 7.62×17 Type 64 ammunition. In theory, this niche was already taken by a 7.62mm Type 64 pocket pistol, designed during the previous decade, but in reality mass production of the Type 64 was delayed until early 1980s by the events of the so-called Cultural Revolution. As a result, a new 7.62mm pocket-type pistol was developed by Chinese state factories roughly between 1976 and 1978. Officially designated as 7.62mm Type 77, it entered mass production in 1981, and was subsequently adopted by Chinese military and various law enforcement agencies. Today this pistol is mostly obsolete, but it still can be found in service with some police agencies in China.
This tiny pistol also spawned a line of commercial, export-only models sold by NORINCO. The first one was the NORINCO Type 77-1, firing the same 7.62×17 ammunition but featuring slightly longer grip with 8 round capacity and English-language markings on the slide. Next came the much-modified Type 77B, NORINCO NP-20 and some others, which are, in essence, entirely new pistols firing noticeably more powerful 9×19 Luger ammunition, but featuring same single hand cocking setup.

Type 77 pocket pistol is a conventional semi-automatic pistol of all-steel design that utilizes simple blowback action. It also features single action trigger with internal striker and frame-mounted safety located on the left side of the gun, behind the trigger. Single stack magazine holds 7 rounds and magazine release button is located on the frame, behind the trigger guard. One unusual feature of the Type 77 pistol is that it is designed for optional single hand cocking via so-called Chylewsky device. The front of the trigger guard is a separate vertical projection that can be pulled rearwards by an index finger of a firing hand. When going back, it will also pull back the slide, cycling it to load a fresh round. When gun is fired, the cocking slide and vertical part of the trigger guard are locked in forward position by a pressed trigger. Gun also can be cocked in a conventional manner, by gripping the rear of the slide by non-firing hand and pulling it back.