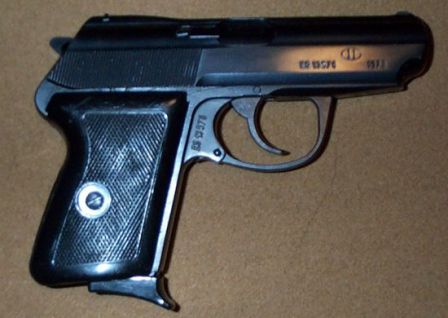 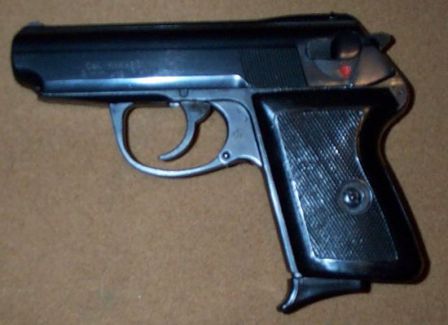 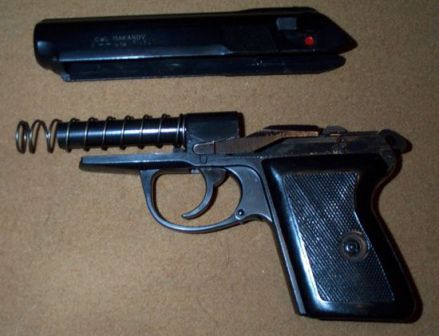 The P-64 pistol (official designation 9 mm pistolet wz. 1964) has been developed in Poland during late 1950s and early 1960s, as a compact and lightweight replacement for Tokarev TT pistols, manufactured in Poland under soviet license. Following the Soviet road, Poland replaced the powerful 7.62x25mm ammunition with less powerful, but still effective 9×18 Makarov ammunition. P-64 has been used by both Polish military and police, and still could be found in holsters of some Polish police officers. In military service it has been superceded in mid-1980s by the P-83 pistol. The P-64 was small and light enough for a pocket or a concealed carry sidearm, but it has too small magazine, and too heavy trigger pull to be considered as a valuable service pistol. The severe felt recoil also did not helped to establish popularity for this gun.

P-64 is a blowback operated, semi-automatic weapon, made almost entirely of steel. P-64 is hammer fired, with double-action trigger and decocking safety, mounted at the left side of the slide. Safety features also include loaded chamber indicator in the form of a small pin, which protrudes from the back of the slide, above the hammer, when chamber is loaded with cartridge. Trigger guard is a separate unit, which is hinged to the frame and served as a disassembly lever when pulled down. Single stack magazine contains only 6 rounds, and magazine release catch is located at the bottom of the grip.