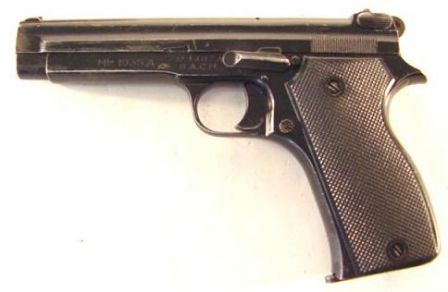 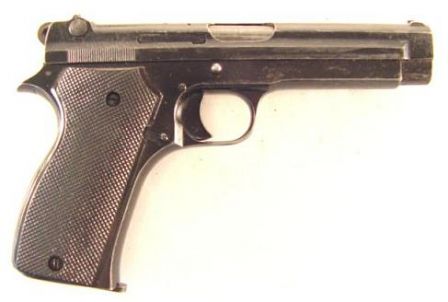 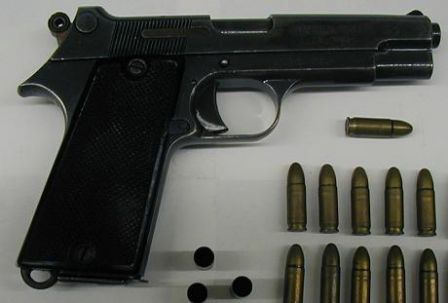 The Modele (Mle.) 1935 pistol had been developed by Swiss designer Charles Petter for French company SACM around 1935, and in 1935 this pistol had been adopted by French military as Mle.1935. Initial production began in 1936, and due to low rate of production the pistol had been slightly redesigned in 1938, to simplify manufacture. New model had been designated as Mle.1935S, while original model became Mle. 1935A. Most noticeable change was in the shape of the backstrap and in the lenght of the frame, and in the fact that in Mle. 1935S muzzle protruded from the slide, while in Mle. 1935A muzzle was flush with the slide. Mle. 1935 was official French sidearm until 1950. It was a good pistol, with main drawback being somewhat weak ammunition of 7.65mm caliber. Mle. 1935A was quite an elegant weapon, while Mle. 1935S had much more simplified look. The Mle.1935 had been manufactured by MAC, MAS, SAGEM and SACM factories.

Technically, the Mle.1935 is a further development of the Colt-Browning M1911 pistol. Mle. 1935 uses same locked breech, swinging link operated locking with single locking lug on the top of the barrel (in the Mle. 1935S the locking lug was formed on the slide, and on the top of the barrel there was a recess). The hammer and lockwork was designed as a single assembly, removable for cleaning maintenanse (first originated in Soviet TT pistol of 1930). This unit contained hammer, sear and mains spring. The slide mounted safety locked the firing pin when engaged. Sights were fixed and magazine single stack, holding 8 rounds.