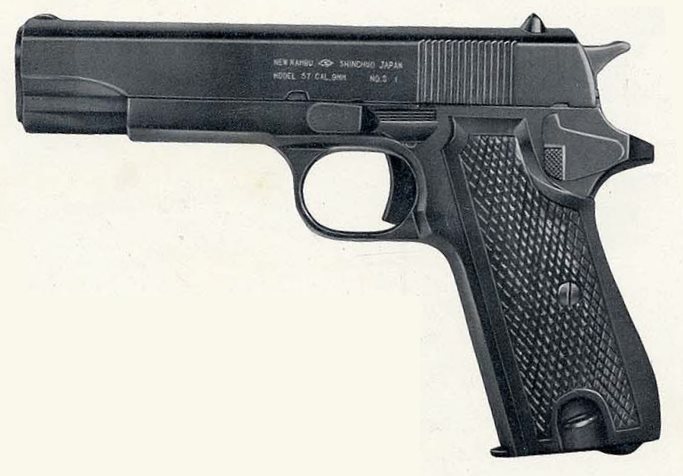 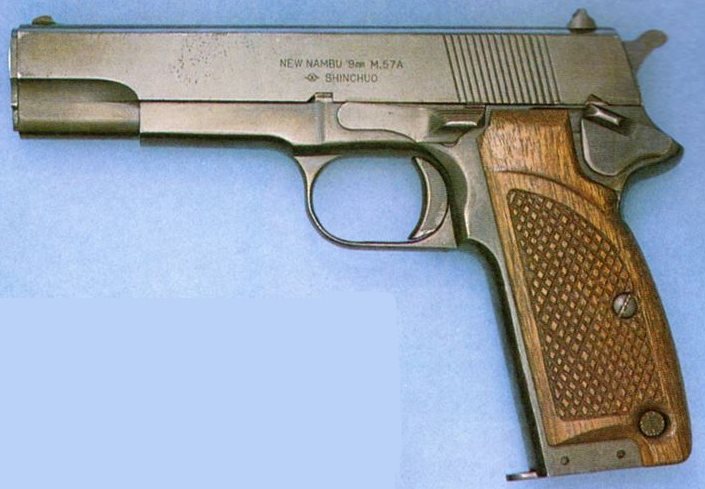 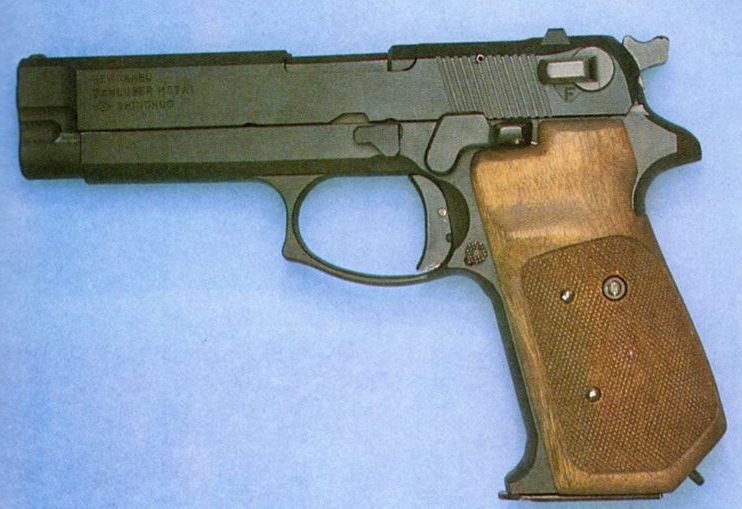 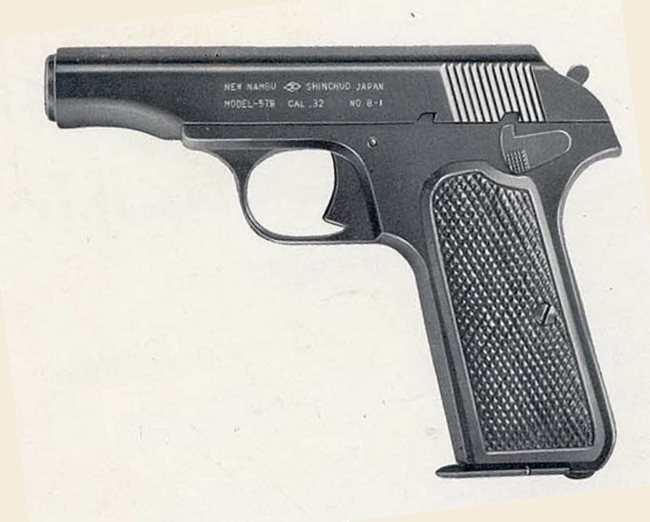 The New Nambu Model 57 Pistol Series can be divided into two distinctive types of service handguns. These models were developed during the mid  to late 1950’s in Japan, by the Shin Chuo Kogyo K.K. company.

The New Nambu Model 57 pistol was also known as Model 57A or simply as the M57A pistol. It was a military-type handgun developed on request from the Japan Self Defence Force (JSDF) to replace the US-supplied M1911A1 pistols and various other revolvers. It was intended to replace those with a lighter and handier weapon, with less recoil.

The much smaller and lighter New Nambu model 57B (M57B) pistol was a concealed carry handgun proposed for use by various domestic security services. Despite the appearance of the M57A, the JSDF turned it down for political reasons. Specifically because the U.S. armed forces that were stationed in Japan still used .45ACP handguns and submachine guns.

The smaller New Nambu M57B was also turned down in favor of the domestically made New Nambu model 60 revolver. Neither gun was produced in great quantity. During the early 1980’s the M57A was briefly resurrected in a second attempt to become the JSDF 9mm regular service pistol. This was the much modified New Nambu M57A1 version. However, in 1982 it lost the trials to Swiss-designed Sig-Sauer P220, and this was the end of the New Nambu pistol line.

The New Nambu M57A pistol is a short recoil operated, locked breech pistol using modified Browning-type locking with an underbarrel cam slot controlling locking and unlocking. The single action hammer unit is conceptually similar to that of the Soviet Tokarev TT pistol, as it is formed as a removable block. This pistol is equipped with a manual safety on the frame and an automated magazine safety. Feed is from single stack box magazines, with the magazine release located at the bottom of the grip.

The New Nambu M57B pistol is a simple, blowback operated pistol based on the FN Browning M1910 design. It uses a single action trigger with external hammer and manual frame-mounted safety. The magazine release is also at the bottom of the grip.