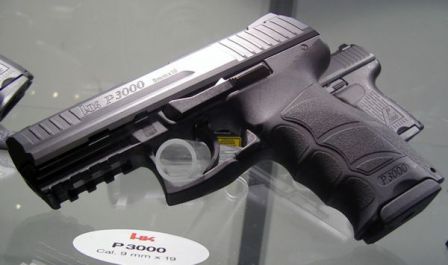 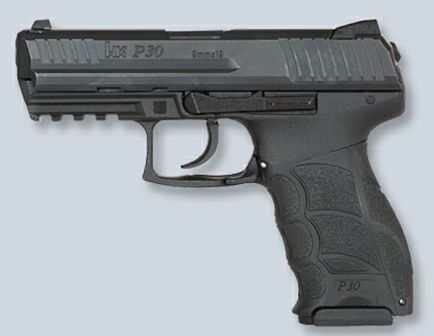 The HK P30 pistol is the most recent creation of the famous German company Heckler und Koch Gmbh. It was announced in 2006; prototypes, initially known as HK P3000, were demonstrated during previous year. The P30 is a further evolution of the highly successful HK P2000 pistol; it is positioned by manufacturer as an ideal police pistol, but it also could make a very good self-defense weapon for civilians.
HK P30 is technically similar to the HK P2000 pistol; the differences are in exterior appearance and ergonomics. P30 is available in several variants, which differ in the type of the trigger.

The HK P30 pistol is short recoil operated, locked breech pistol that uses modified Browning-type locking. Frame of the pistol is made from impact-resistant polymer. Trigger unit is a separate module; several versions of the trigger unit are available, as described below. Other features of P30 include a double-stack magazine that holds 15 rounds of 9mm ammunition, with ambidextrous magazine release, ambidextrous slide release lever, and modular grip design. The grip shape can be tailored to the particular requirements of each shooter by replacement of the removable backstraps and side grip panels (three sizes of either part are available, designates as S, M and L). Front part of the frame, below the barrel, is shaped to form an integral Picatinny-type accessory rail.