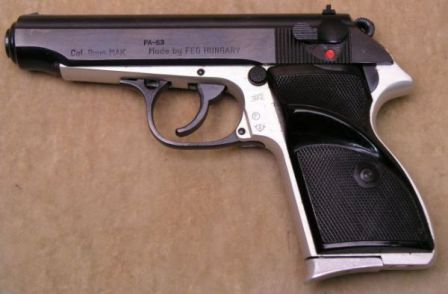 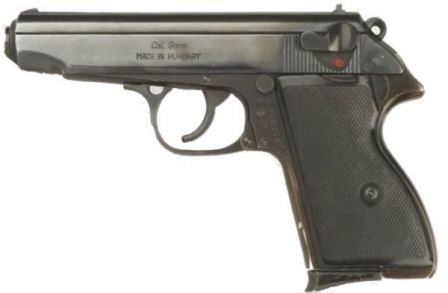 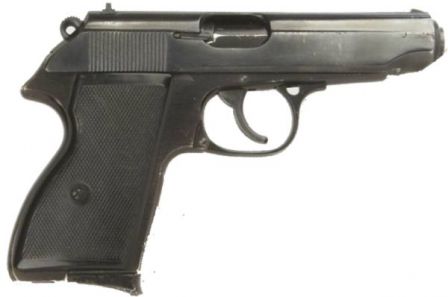 The FEG PA-63 pistol was developed during early 1960s at the Hungarian FEG arms factory as a compact military sidearm, chambered for the Warsaw pact standard 9×18 Makarov ammunition of Soviet origin. The basic design of the FEG PA-63 pistol was heavily based on the German Walther PP pistol, a copy of which was produced by FEG shortly after the WW2. FEG also produced a number of derivatives of the PA-63, such as 'export commercial' model AP-63, chambered for widely available 9×17 Browning / .380 ACP and 7.65 Browning / .32ACP ammunition. Both PA-63 and AP-63 pistols were similar in design, and differed only in ammunition used and in frame finish – military-issue PA-63 pistols had their aluminum frames left 'in the white', while commercial AP-63 pistols have their aluminum frames finished in same black color as the rest of the gun.