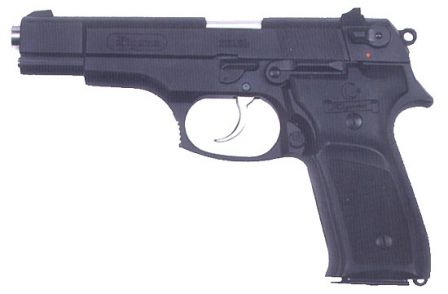 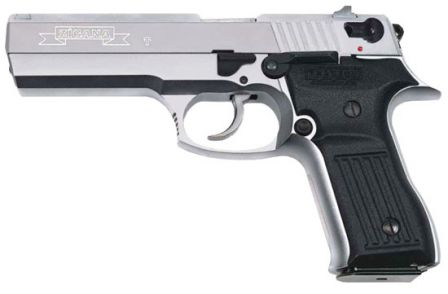 Zigana series of pistols are manufactured in Turkey by the TISAS Trabzon Arms Industry Corp since 2001. These pistols are in limited use by several security companies in Turkey, as well as by some Turkish military units. Unlike most other pistols of Turkish origin, these appear to be of more or less original design, and not being a copy of one existing European pistol or another.

The Zigana pistols are locked breech, short recoil operated weapons with modified Browning-type locking system, in which the barrel is locked to the slide using one large lug which engages the ejection port. The trigger unit is of double action type, with exposed hammer and slide-mounted safety. Additionally, these pistols feature an automatic firing pin block. The Zigana M16 was the original version of the pistol, with short underbarrel dustcover on the frame, and 126 mm (5") barrel. The Zigana T pistol features a heavier and slightly longer slide and improved frame with longer dustcover, barrel is also lengthened to 130 mm (about 5 1/8 "). Finally, the Zigana K is the compact version of the Zigana T pistol, with shortened slide and 103 mm (4") barrel. Double stack magazines with capacity of 15 rounds (standard) or 17 rounds (extended) are the same for all three versions. All Zigana pistols feature a three-dot fixed sights.