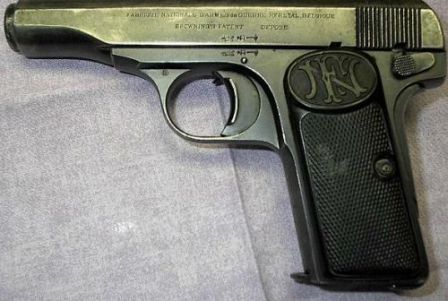 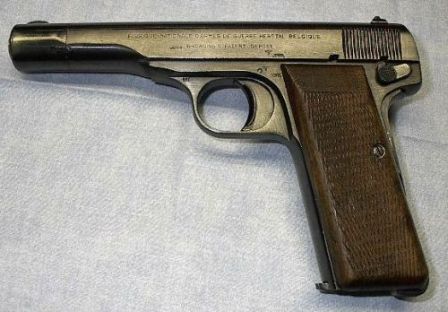 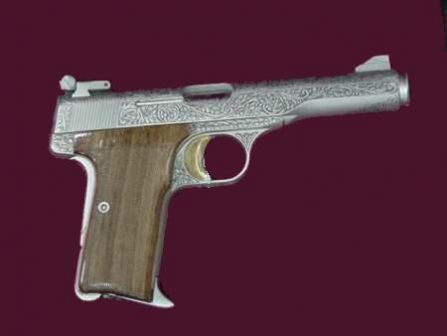 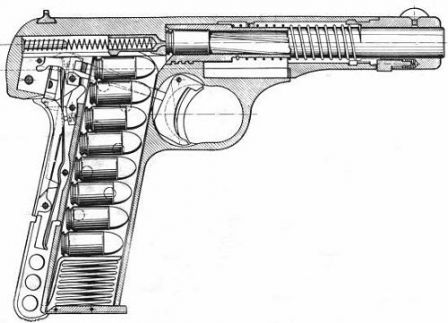 In 1922, Browning modified the original pistol to suit the requirements of the Yugoslavian military. For this he lengthened the barrel, enlarged the grip and the magazine capacity by two rounds. The slide was also lengthened by adding a removable frontal portion to the model 1910 slide.

After 1971, these guns were factory fitted with ajustable target type sights and slightly enlarged grips to suit contemporary changes in US gun laws. Between the two World Wars these pistols became very popular across Europe as police, military and self defence guns. It is also a well known piece of folk lore surrounding this weapon, that the First World War was started by a Browning M1910 Pistol. It was one of these which had been used in 1914 to assasinate the Archduke Ferdinand.

Technically, both the M1910 and M1922 (also known as ‘Model 1910/22’), are blowback operated semi automatic pistols. The recoil spring is located around the barrel, the trigger is of single action type and the gun is striker fired. Both models featured three safeties.  Magazine safety (which blocks the firing when magazine is removed), automatic grip safety and also a manual, frame mounted safety.