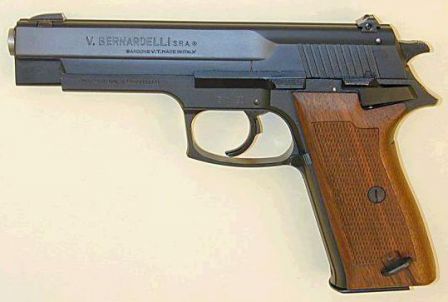 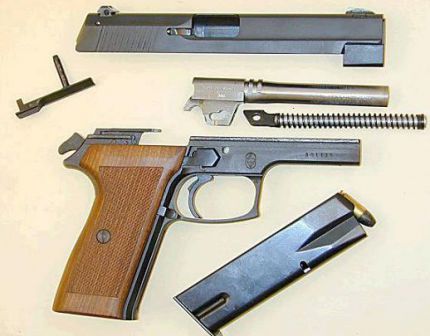 The Bernardelli P-018 pistol appeared on the market in the mid-1980s, as a police and civilian side-arm. The 9mm version was intended mostly for the police use, while 7.65mm version ws intended for European civilian market, where in some countries such as Italy or France, civilians are prohibited to own guns in "military" calibers. P-018 was used by some European police forces.

Technically, P-018 is a quite straightforward design, with Browning-type, linkless short recoil system of automatic and double-action trigger, The asfety is frame-mounted, and the sights are dovetailed into slide.