Obregon pistol was a brain-child of the Mexican gun designer Alejandro Obregon. This rare pistol has been manufactured during mid- to late 1930s by Fabrica de Armas arms factory in Mexico city. Only several thousands of Obregon pistol were produced; it is believed that about 800 pistols were privately purchased by Mexican Army officers, and some more were issued to various police forces in Mexico. In its design Obregon pistol heavily borrows on US M1911A1 pistol, although there were several original features. 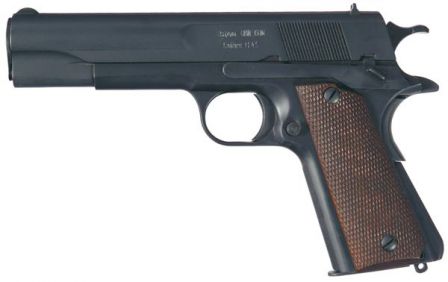 Obregon pistol is short recoil operated, locked breech handgun that uses rotary barrel locking. The two other features that distinguish Obregon from M1911A1 are covered by Obregon patents and include single-piece safety / slide stop lever, located on the left side of the gun, and captive return spring rod. The basic design and shape of most other parts, including single-action trigger, grip safety and magazine, are virtual copies of M1911A1 parts.
Disassembly of the Obregon pistol is basically the same as of M1911A1, except that there’s no separate returns spring plunger. 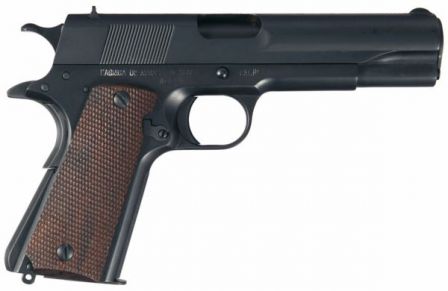