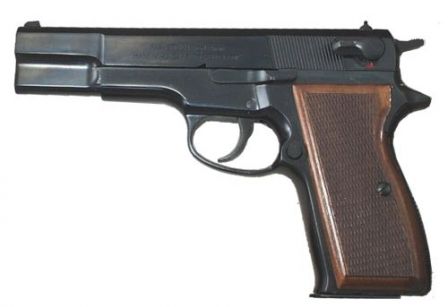 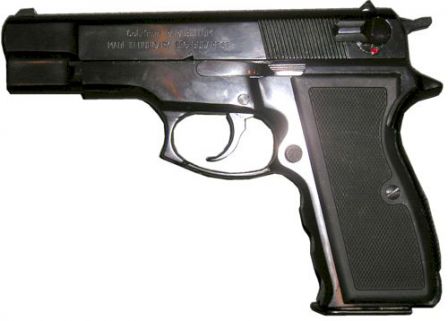 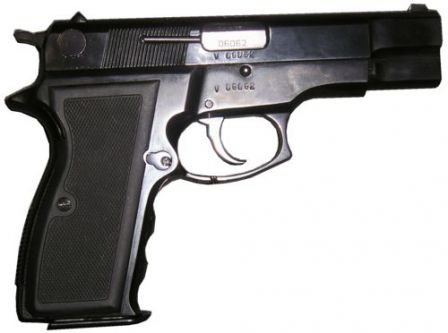 The FEG P9R is the derivative of the earlier FEG P9 pistol. Both guns are made in Hungary by the FEGARMY Arms factory (formerly known as Fegyver es Gazkeszuelekgyara NV). The P9R uses the modified P9 frame and action, but the classic FN GP-35 Single Action trigger system is replaced with Smith&Wesson-style Double Action system. The P9R-series pistols are now available in two basic forms, the full-size P9R and short-barreled P9RK. Over the time, FEG also produced a lightweight,  aluminum-framed version of the P9R, called the P9RA, which apparently is no longer made. There is also a .45 caliber derivative of P9RK, which also have a single-stack magazine that holds only 8 rounds. The .45ACP version is designated as FEG ACK (export models of ACK were sometimes marked as GKK-45). In Europe the FEG P9R was also known as the Mauser 90DA, as it was imported and distributed through the famous German Mauser organization.

The P9R is a short recoil operated, locked breech pistol. The barrel is operated using a Browning cam system, and is locked to slide by three locking lugs on the top of the barrel, which fit into mated recesses on the inside of the slide, just ahead of the ejection port. Frame and slide are made from carbon steel and usually have blued finish. The Double Action trigger system with external hammer has a slide-mounted safety lever, which also works as a decocker when safety is engaged. The P9RK pistol differs from basic P9R by having a shorter barrel and slide, as well as finger grooves on the grip. The .45 caliber ACK pistol is slightly thinner, as it has a single stack magazine for rounds, instead of the double stack magazine for 14 rounds in P9R pistols. On all P9R series pistols the front sight is permanently fixed to the slide, while rear sight is dovetailed.