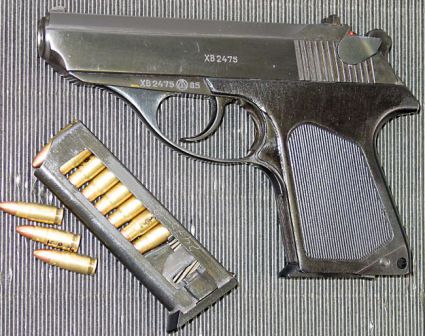 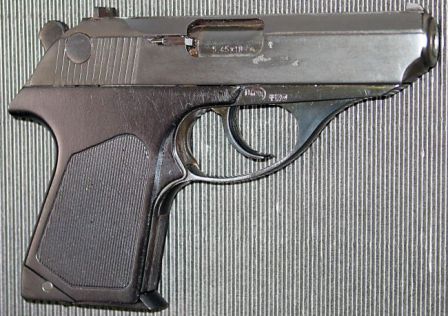 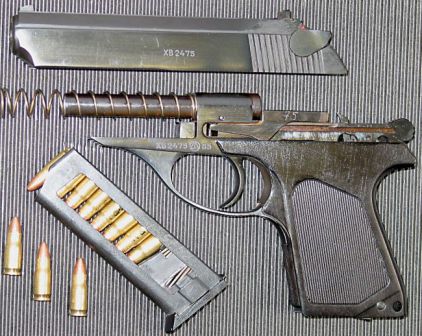 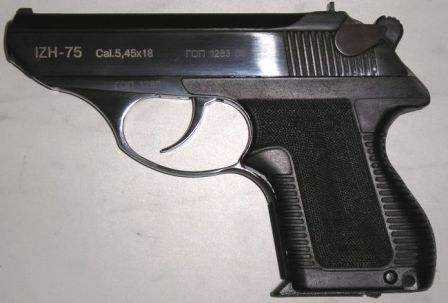 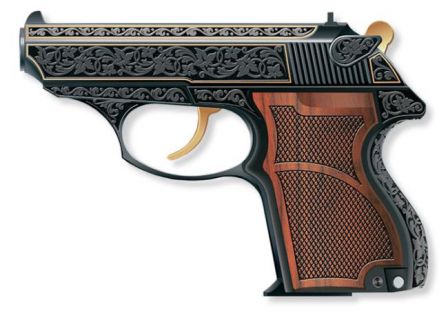 The PSM pistol was designed during early ninety seventies at the request of the all-powerful KGB (State Security comitee of Soviet Union), which required a concealed carry weapon for their plainclothes operatives who were operating “in country”. Original papers, approved by the Government, requested a “flat-sized pistol, not thicker than a standard matchbox (17mm)”. There were no specifications for caliber, and it is not known why TSNII TochMash dared to develop an entirely new round when other rounds were already available and had previously been manufactured in the USSR, such as the 6.35x16SR and 7.65x17SR Brownings. The only real (although of doubtful value) advantage of the new 5.45×18 MPTs round (official designation 7N7) is its deeper penetration, especially against soft body armor at short range. The stopping power of this round is so miserable that some police operatives officially refused to carry this pistol in harm’s way, asking for the venerable Makarov PM instead. The PSM itself was quite conventional weapon, but of very thin and flat profile. It was tested against only one other competitor, the BV-025, which was more or less a scaled down Makarov PM copy, chambered for the same 5.45×18 ammunition. The Government officially approved the PSM for service in 1972, and from the mid-seventies it was issued mostly to top-ranking officials of the military, law enforcement agencies and the Communist party, as a self-defence weapon (or suicide special, as it turned out during turbulent first half of the nineties).
One popular legend about creation of the PSM says that specific requirements for a “very flat” pistol were inspired by hidden desire for a fancy engraved, “chiefs only” pistol of distinct appearance. Indeed, great many PSM pistols were put through more or less elaborate engraving process, sometimes with gold accents and almost always with political themes. The PSM pistol (Pistolet Samozaryadnyj Malogabaritnyj – self-loading small pistol) is one of the thinnest self-defence guns ever made, as it is only 17mm (2/3") thick; but it is also one of the least useful defensive weapons, as the pointed, jacketed bullet of small caliber and moderate velocity (about 300 m/s) can seemingly take forever to disable a target, even in the case of middle-of-the chest hit. Of course it is better than bare knuckles, but far too many cases were recorded when people suffered fatal shots from 5.45×18 bullets (usually in the chest area) but continued to fight or run for as much as half an hour, then suddenly collapsed and died from internal bleeding. During the early 1990s this pistol also became a favorite among criminal hitmen, who preferred it for its ease of concealment and good penetration against soft body armor. Some such guns (usually stolen from army warehouses) were later confiscated by Russian police, often fitted with homemade silencers. Export versions of the PSM, known as IZh-75, were also made in 6.35mm Browning / .25ACP, which probably was a little more effective as a manstopper than the original 5.45mm load. PSM pistols are manufactured by the Izhevsk Mechanical Plant.
The PSM is a blowback-operated weapon with a fixed barrel. It is of all-steel design, with either aluminium (early) or plastic (modern) grip panels. The trigger is double-action, with an exposed hammer and a slide-mounted safety/ decocker. The safety arrangement is a little unusual in that the lever is made flat with the slide and protrudes rearwards, along with the hammer. This way the safety does not increase the overall width of the gun, and also allows one movement of the thumb to turn the safety off and cocking the hammer. The pistol is fitted with a slide stop device, but it has no manual release – to close a slide locked open after the last shot from the magazine, one must pull it rearwards and then release. Magazines are single-stack, with a small finger rest and a magazine release located at the heel of the grip. The sights are fixed. Early production pistols had very thin ribbed aluminum grip panels, but these were found to be quite uncomfortable, and later were replaced with plastic wraparound grip panels of better shape.