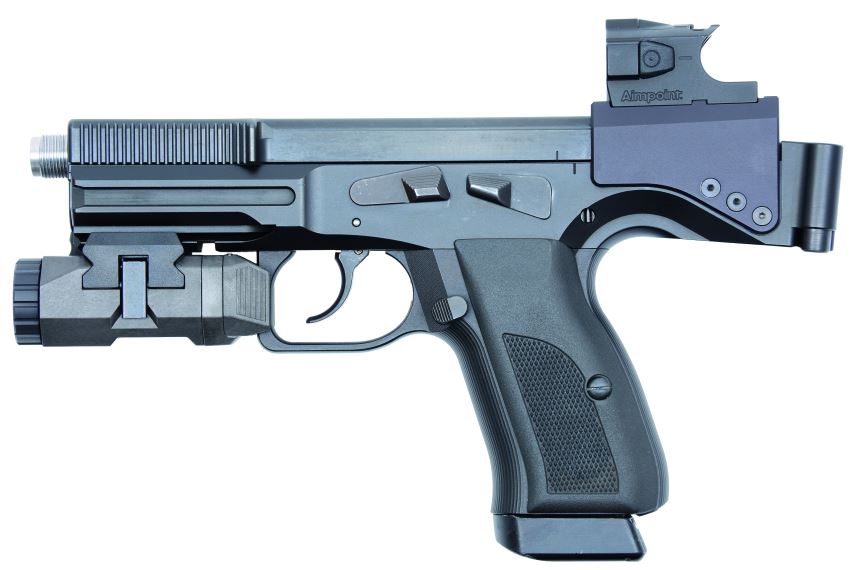 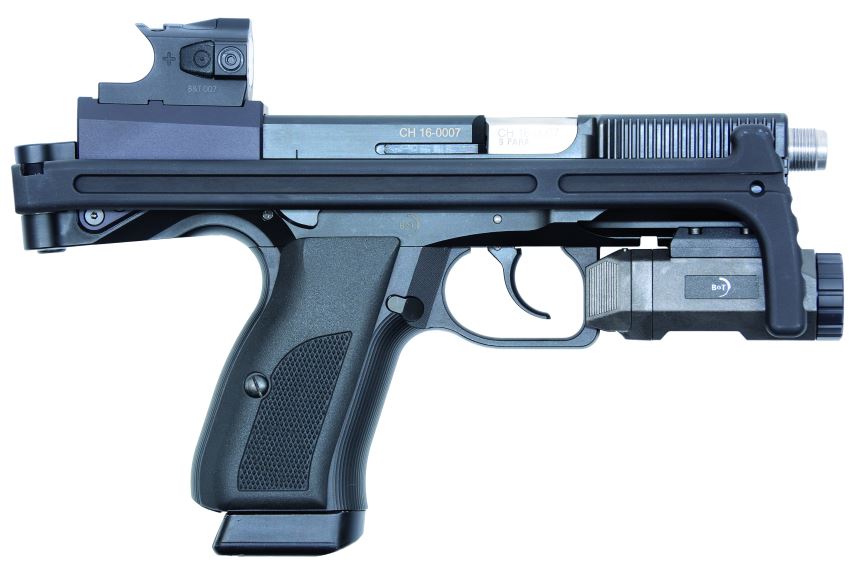 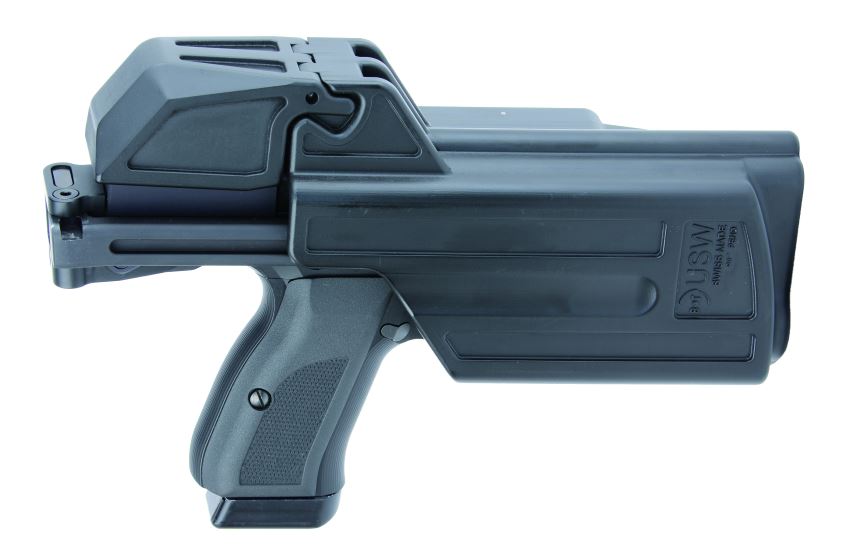 The B&T USW (Universal Service Weapon) is an interesting new sidearm designed by Swiss company B+T AG.┬ĀIt was┬Āfirst introduced in 2016. This handgun brings┬Āthe old concept of the stocked pistol to a whole new level. They did this by┬Āmaking it really comfortable to carry –┬Āmuch like a conventional pistol, fast to deploy as a hand- or shoulder-fired weapon, and much more accurate than a conventional handgun thanks to the integral shoulder stock and red-dot sight.

It is a well known fact that pistols are notoriously hard weapons to master, and usually a shooter is capable of much worse accuracy than a typical modern pistol can exhibit in ideal conditions. One known solution for this is to fit some sort of shoulder stock to the pistol, turning it into a kind of carbine that is much more stable and thus easier to aim and fire accurately.

However, until recently stocked pistols┬Āhave been quite┬Āclumsy to carry with their combination shoulder stocks/holsters (older guns like the┬ĀMauser C96 or Stechkin APS come to mind first).┬ĀThey┬Āalmost always tended to┬Ābe ┬Āslow to deploy in ŌĆ£carbineŌĆØ mode also. The B+T USW solves this problem by providing an integral side-folding shoulder stock.┬ĀThis folds along the gun when it is carried in its special holster or fired off-hand, and can be unfolded in a second when the tactical situation calls for accurate ŌĆ£long rangeŌĆØ fire (any distance beyond 20-25 meters is┬Āto be considered┬Ālong range┬Āfor typical pistol combat shooting).

Combined with integrated Aimpoint ŌĆ£NanoŌĆØ red dot sight this makes the USW a formidable duty gun for police, security and other law enforcement services.┬ĀThe USW is┬Āa compact service sidearm with practical accuracy capabilities beyond most typical┬Ā pistols on the market. It also might serve as a platform for a military PDW (Personal Defense Weapon). For the moment though, this weapon is semi-auto only and most military services prefer select-fire guns for this role.

The B+T USW is a short-recoil operated, semi-automatic handgun┬Āutilising a┬ĀBrowning-type action with tilting barrel. The USW-A1 is based on the famous CZ-75 pistol.┬ĀThere are actually┬Āsome parts from those pistols used in the USW, purchased from the now-defunct Swiss┬Ā‘Sphinx’ company, previously licensed to produce CZ-75 copies.

The B+T USW-A1 features conventional hammer-fired DA/SA action with frame mounted ambidextrous safety, and a striker-fired, polymer-framed USW-SF┬Ā version released in 2018. The frame of USW-A1 is made from aluminum alloy, and features an unusual rear extension that wraps around the rear part of the slide, providing a stable platform for the┬Āintegrated red dot sight┬Āwhile protecting the┬ĀshooterŌĆÖs palm from any sort of hammer or slide-bite.

The rear of the┬Āextended frame contains a hinge for the shoulder stock that folds forward and to the right when not required. Accessory MIL-STD rail is provided on the frame in front of the trigger guard, used to install flashlights and / or laser pointers. The barrel is threaded from the factory and can accept quick-detachable sound suppressors also made by B+T.

A special duty holster, made from polymer, is designed by B+T to comfortably carry both USW versions with stock folded and red-dot sight protected from external damage, yet still be ready to deploy quickly┬Āin a critical situation.