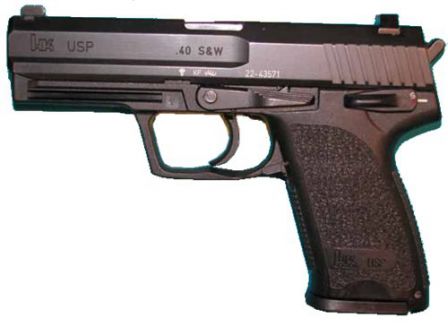 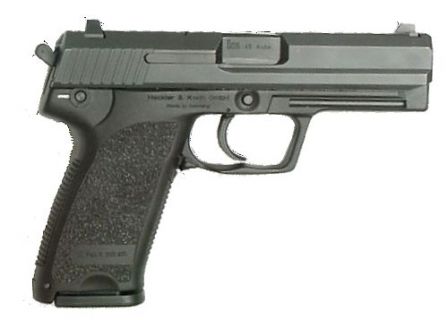 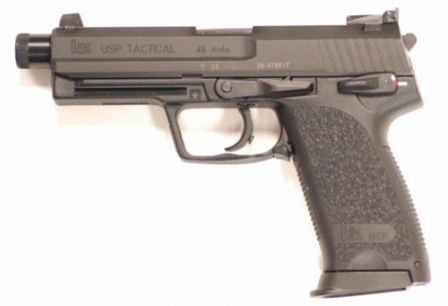 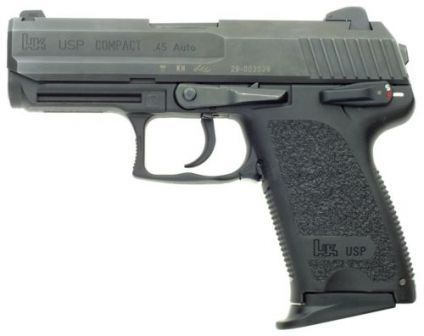 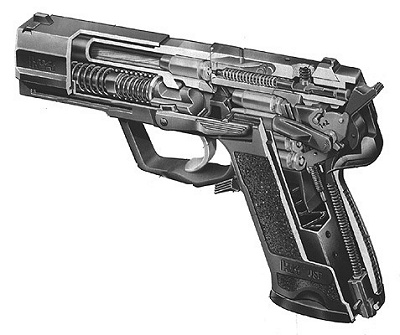 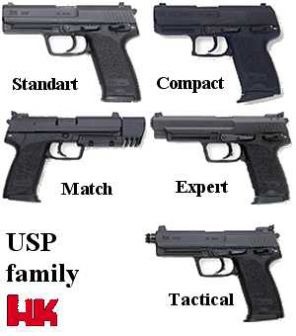 The family of the USP handguns.

Heckler & Koch started the development of a new Universal Selbstlade Pistole (Universal Self-loading Pistol, or USP in short), in mid-1989. The concept of the new design was to provide a universal weapon for police and military forces, available in a variety of versions and sizes. The target market for this new weapon was apparently the USA, as the first version of the pistol, which appeared in 1993, was chambered for a new American cartridge, the .40 S&W. A 9mm version appeared a little later, and in 1995 the slightly modified 9mm USP pistol was adopted by the Bundeswehr (German army) as its new service pistol, under the designation P8. The same year the company also brought out another “America-special” version of the USP, this time in.45 ACP caliber. In 1996 the first of the Compact series of USP pistols entered production, and next year it was officially approved for German police use as the 9mm P10. Several versions of the USP were also made specifically for civilian markets, such as the USP Expert, USP Elite and USP Match. There are also several special-purpose versions of the USP. These include two original variations fitted with extended threaded barrels to be used with silencers, the .45 caliber USP Tactical and 9mm USP 9 SD, recently joined by the .45 caliber USP 45 Compact Tactical, sometimes preferred by the US Military users over the much bulkier and heavier Mark 23 Model 0 pistol of the same caliber.

USP pistols are short-recoil operated, locked-breech pistols with a polymer frame. The barrel is locked to the slide by a single lug, which engages the ejection port. Unlocking is controlled by a cam-shaped extension below the chamber, which interacts with a steel insert set into the frame. Barrels on all USP pistols have polygonal rifling, except the earliest production pistols made in 1993, and all German army P8’s. The captive recoil spring assembly includes an additional recoil spring buffer on full-size pistols and a polymer buffer on Compact pistols. The trigger is double-action, with an external hammer, an automatic firing pin safety and a frame-mounted lever, which may operate differently in different versions of the pistols, as described below. Each pistol can be easily adjusted by a gunsmith to any of the trigger mode configurations, with the replacement of a few parts that include a cam plate and a safety lever. The sights are dovetailed to the slide. Magazines on most USP pistols are of steel construction, but Bundeswehr-owned P8 pistols have semi-translucent polymer magazines. Magazine release levers are ambidextrous and located at the base of the trigger-guard.

There are nine basic variations of the USP trigger/safety arrangements, plus one specific to P8 pistols, as follows: