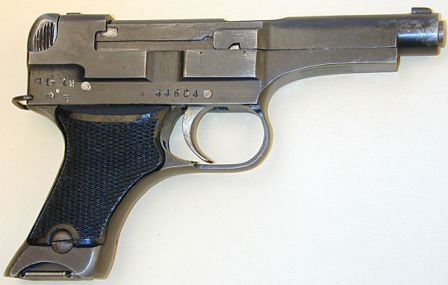 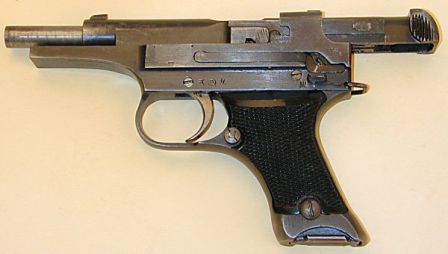 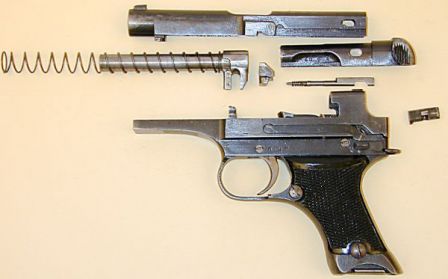 Nambu Type 94 pistol was adopted by Imperial Japanese Army in 1934 (year 2594 of the contemporary Japanese calendar). It was developed to complement and eventually replace the older Type 14 Nambu pistol in military service, but limited industrial capabilities of the Imperial Japan didn't let it happen. Originally only a marginally adequate pistol, by the end of WW2 the Type 94 pistol evolved into the one of the worst military sidearms of the period, due to severely deteriorated quality of materials and workmanship, used in production of this gun. Late production examples of this gun can be simply unsafe to fire, and even the early production guns, which were made to more or less high standards of fit and finish, had some undesirable and unsafe features, such as exposed trigger bar, which can cause unintended discharges if the loaded and cocked gun is handled improperly or carelessly. Total production of these pistols between 1934 and 1945 is estimated at 65 – 70 thousands guns.

Nambu Type 94 pistol is short recoil operated, locked breech weapon. To lock the barrel and slide during early stages of recoil, it employs a vertically sliding locking block, which is installed below the breech part of the barrel and allowed to rise and fall for short distance within its guiding cut. The locking block projects to both sides from the barrel, to engage cuts made on the underside of the slide. When parts are in battery, the locking block is forced up by sloped surface on the frame, locking the slide to the barrel. Upon recoil, the sloped surface in the frame allows the locking block to slip down, disengaging from the slide and unlocking it. The breech block (bolt) is made as a separate item and removable attached to the slide by a cross-bolt. The trigger is of single action type, with internal (concealed) hammer. Manual safety lever is located at the left side of the frame, above and to the rear of the grip panel. The single stack box magazine has capacity of just 6 rounds, magazine release button is located at the base of the trigger guard.