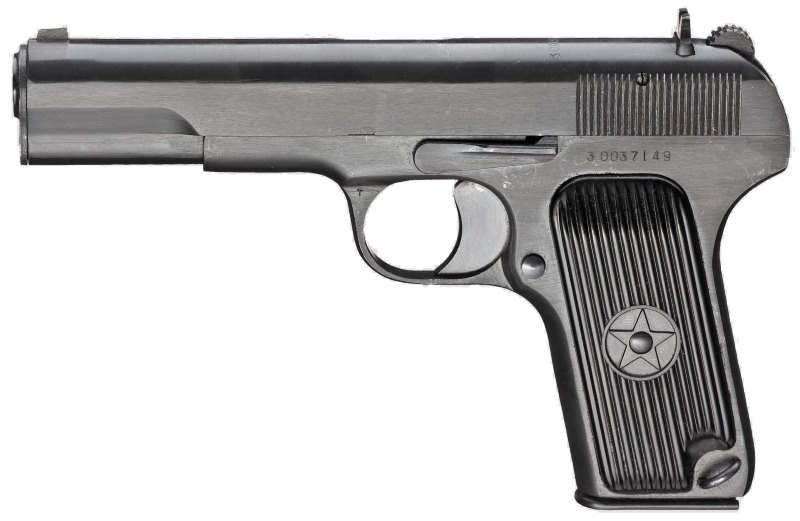 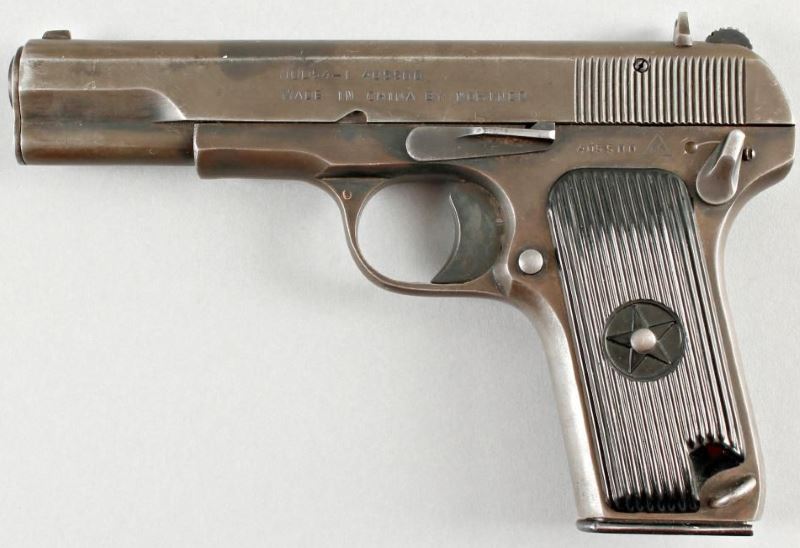 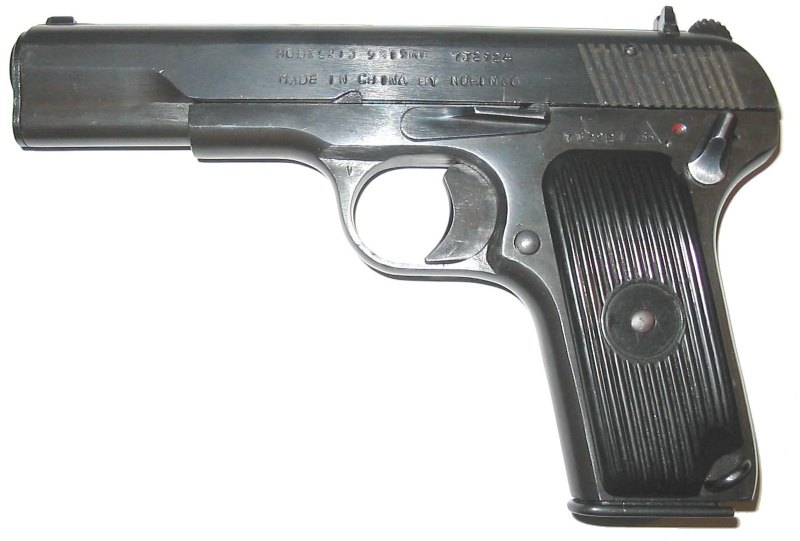 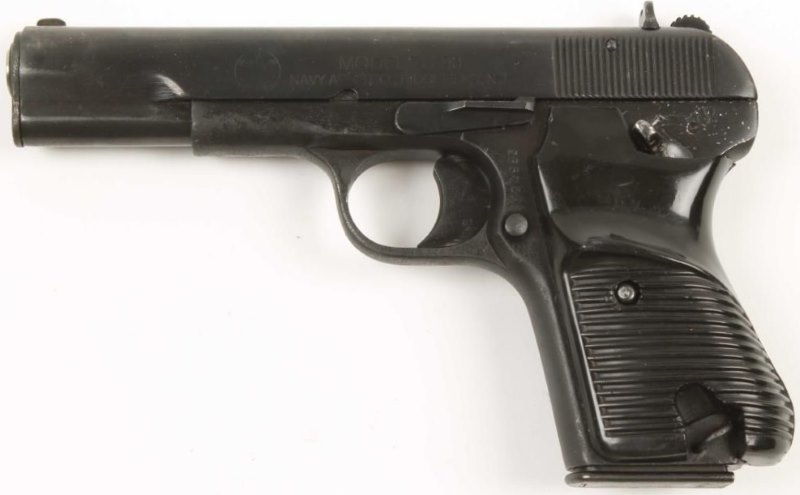 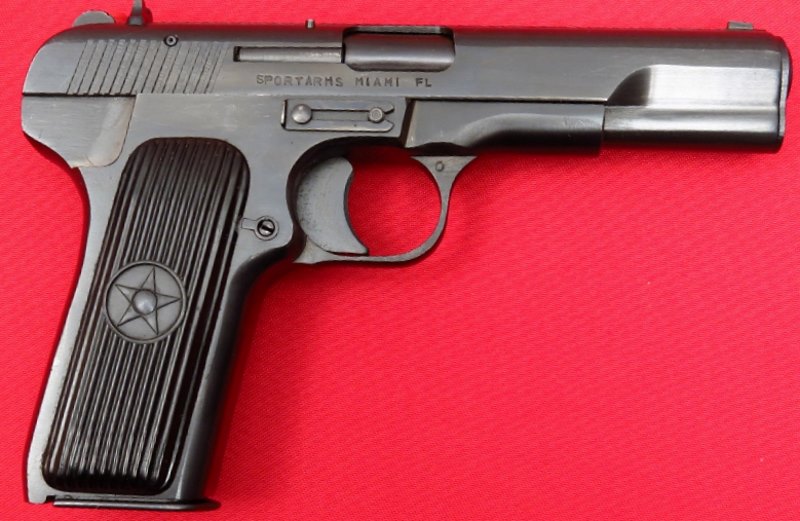 The army of the Communist China, known as PLA (People’s Liberation Army) originally adopted 7.62mm Soviet Tokarev TT handgun in 1951 as Type 51 pistol. These guns were assembled from mix of Soviet and domestically produced parts and differed from Soviet pistols only by markings. By 1954, Chinese factories were geared up to make TT pistols fully in house, and this version was adopted by PLA and People’s Armed Police as Type 54 pistol.  It fired same 7.62×25 ammunition as its Soviet parent. This ammunition is known in Chinese service as 7.62mm Type 54 pistol cartridge.
Type 54 pistols served as primary sidearms for PLA and PAP personnel until adoption of a new small arms system, which happened sometime during the 1st decade of 21st century. However, due to huge size of PLA, PAP and other armed services the changeover is still far from being complete, and lots of army and police personnel in mainland Chinastill are issued Type 54 handguns.
Besides military pistols, which were supplied to a number of third-word nations, Chinese factories also manufactured a number of commercial variation of the Type 54 pistol.

One of the simplest variations of the Type 54 pistol is known as Type 54-1. Developed as a commercial export model, it features manual safety, set on the left side of the gun, above and to the rear of the grip panel. Safety lever points upward and rotates forward to safe and rearward to fire.  Like its parent, Type 54-fires same 7.62×25 ammunition. Similar gun, but chambered for much more popular and widely available 9×19 ammunition can be encountered under variety of names, such as NORINCO Model 201C, NORINCO Model 213, NORINCO TU-90, NORINCO NP-10 and NP-17, M20 (a clandestine version with no markings at all) and probably a few others. All these pistols are mechanically similar to Type 54-1, but may feature variety of finishes, and standard TT-style or improved “Tokagypt-style” wraparound grip panels. An interesting off-shot of the family is the 9mm NORINCO Model 213A pistol, which features thicker grip frame that hosts double-stack magazine with 14-round capacity.

The Type 54 is a short-recoil operated, locked-breech pistol with a Colt M1911 / Browning-type action. It is of all-steel construction. Quality of the steel is quite good, but external fit and finish is a little bit rough. The trigger is single-action, with an exposed hammer and no manual safety. The only safety feature of Type 54 is half-cock notch on the hammer, but it is considered insufficiently safe for carry “with one in the chamber” and normally these pistols are carried with empty chamber and hammer down. The hammer, along with its spring and sear, forms a single unit which is easily removed during field disassembly, simplifying the routine maintenance of the pistol. Magazines are single stack, with the magazine release button located at the base of the trigger-guard, on the left side. Sights are fixed, the rear sight blade being dovetailed to the frame.
Commercial variants may feature different chambering (the ubiquitous 9×19 Luger), as well as added manual safety on the left side of the frame, and, sometimes, plastic wrap-around grip panels of improved shape.