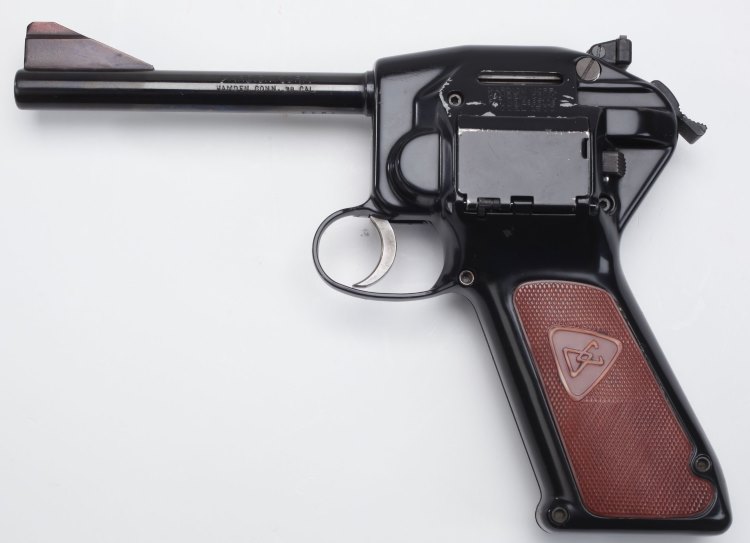 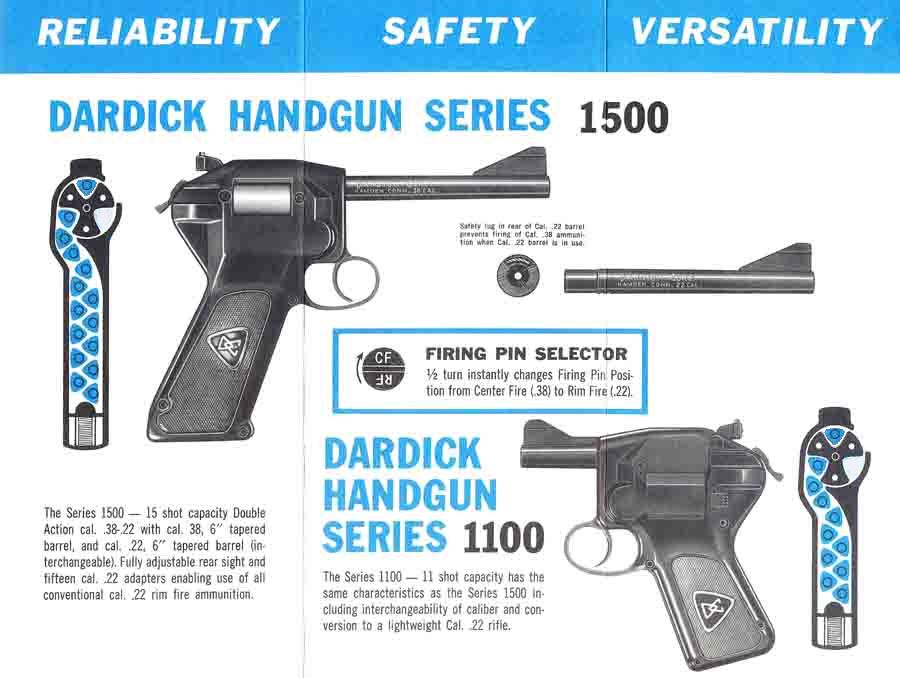 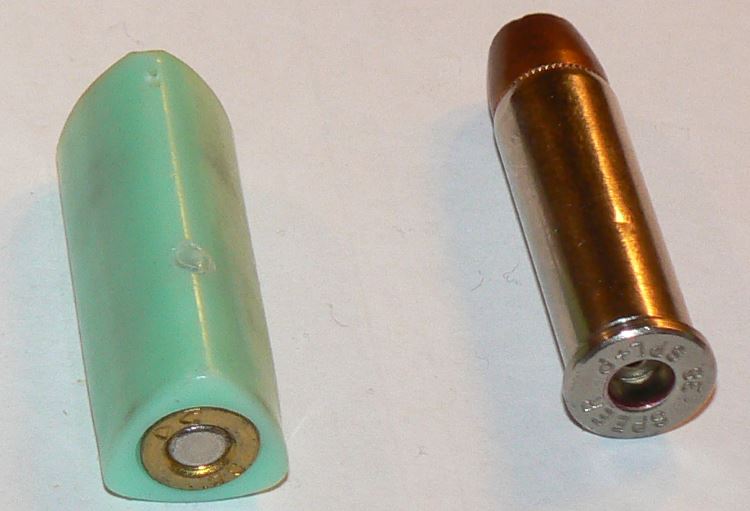 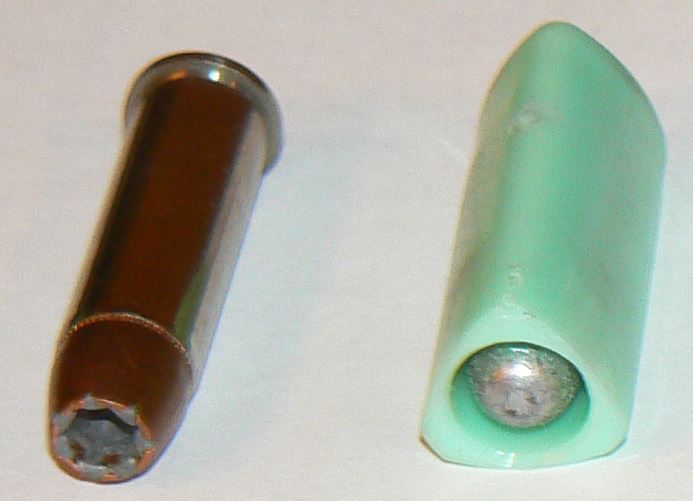 Handguns, designed by David Dardick, presented one of less orthodox and even less successful attempts to combine advantages of semi-automatic pistols and revolvers into a single gun. Dardick applied for his first patent in around 1954, and began small scale production of his guns at about the same period. His original business, the Dardick Corporation, folded in 1962, with very few (most sources say about 100) guns actually produced and sold. Despite this spectacular failure, Dardick continued to promote his “tround” polymer-cased ammunition and associated open chamber cylinder concept, trying to apply it to anything between assault rifles (such as experimental H&R SPIW), high rate of fire machine guns (i.e. TRW HIVAP) and even multi-barrel automatic cannons. Neither attempt was successful, but, despite this long line of failures the overall concept of the Dardick’s “open chamber” is still offered to any interested parties by the Open Chamber Systems LLC, a small company owned by descendants of original inventor.

Key reasons that led to the ultimate failure of the original Dardick system were mediocre quality control, as well as certain inherent flaws such as proprietary ammunition which was bulkier and more expensive than comparable “traditional” ammunition, tendency of polymer cases to crack at the corners under high pressure, slow loading and unloading process of his “pistol”, and, last but not least, ungainly appearance and high cost.

Dardick “open chamber” system utilizes specially designed polymer-cased rounds of generally triangular cross-section with rounded sides and corners, called “trounds” by the inventor. Those “trounds” were loaded into the integral box magazine, located in the pistol grip, through the loading port on the left side of the gun, above the grip panel. Loading was achieved by pushing in single rounds one by one or by using a special “stripper clip”. Above the magazine sits the revolving cylinder with three open chambers, each shaped to accept one “tround” when passing over the top of the magazine. Rotation of the cylinder through 1/3rd of the cycle is achieved like in any conventional double action revolver, either by pulling the trigger or by manually cocking the hammer. The barrel is located in line with the top chamber, closed at the top by a frame to achieve more or less complete firing chamber. Barrels of the Dardick handguns were of quick-detachable (screw-in) type, and generally available in two calibers – .22 and .38. Ballistically, the .38 caliber tround was similar to conventional .38 Special cartridge. It’s interesting that for both calibers gun used single cylinder (and thus .22 and .38 “tround” ammo was of the same external size), and the firing pin was ‘switchable’ between centerfire and rimfire ignition, because each plastic “tround” in .22 caliber was actually no more than an external shell or adapter for a conventional.22LR cartridge. Fired cartridges were ejected through the opening on the right side of the gun.

Dardick handguns were offered in two basic models – Dardick Model 1500 with 15-round magazine capacity and 6-inch barrel, and more compact Dardick model 1100 with 3-inch barrels and 11-round magazine. A 20-round model 2000 was proposed but never built. A special “carbine conversion” unit with longer barrel and fixed shoulder stock was offered for Model 1500 Dardick pistols as an accessory.