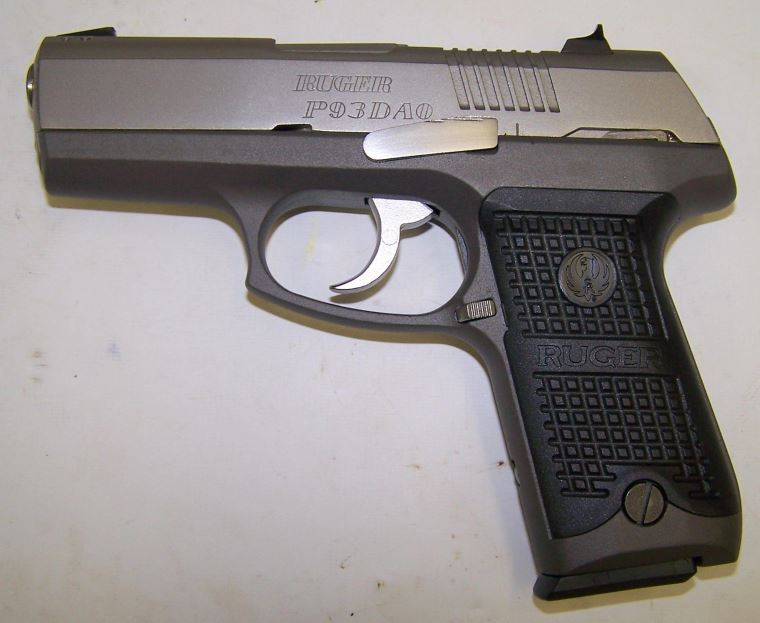 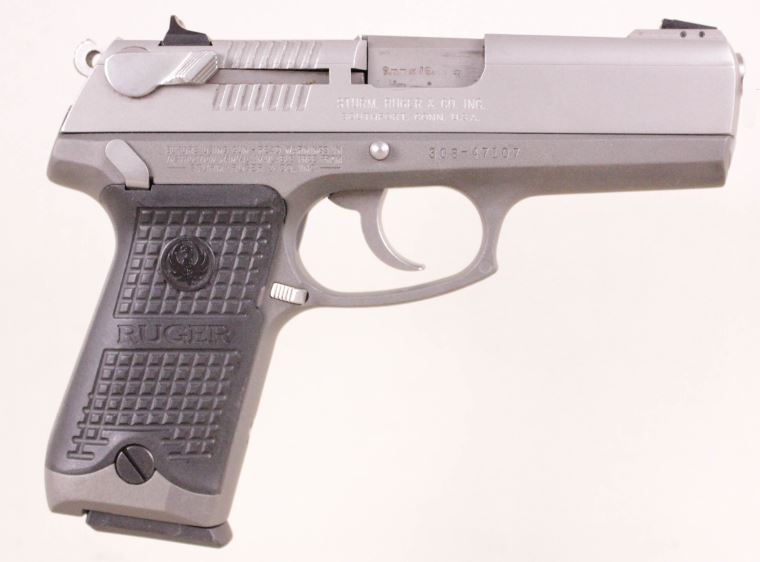 The Ruger P93 pistol was produced by American gun making company Sturm, Ruger & co between 1994 and 2004. It was designed as a more compact companion for previous line of Ruger pistols, such as P89. Ruger P93 featured shortened barrel and streamlined appearance, better suited for concealed carry. At the same time it accepted same magazines as full-sized P89 model. It was soon complemented by slightly larger “streamlined” models, the P94 in 9mm and the P944 in .40SW. Both pistols retained Ruger’s typical strength and durability, being designed to fire all factory +P and even +P+ loads. An interesting version of the P94 and P944 was briefly produced with built-in laser sight below the barrel; these models were designated P94L and P944L, respectively. P94 pistols were produced between 1994 and 2004; P944 pistols were produced between 1995 and 2010.

Ruger P93 and P94 pistols are short recoil operated, locked breech pistols that use Browning M1911 type swinging ling system to control locking and unlocking movement of the barrel. Barrel locks to the slide using single large lug at the top that enters the ejection opening in the slide. P944 pistol differs from its predecessors by having modified cam-operated locking system instead of the swinging link. Frames of all these pistols are made from aluminum alloy. Hammer fired trigger system features traditional double action with slide mounted safety or decocker levers, or double action only system with no levers. All pistols use double stack magazines holding 15 rounds of 9mm ammunition or 10 rounds of .40SW, and fixed sights.