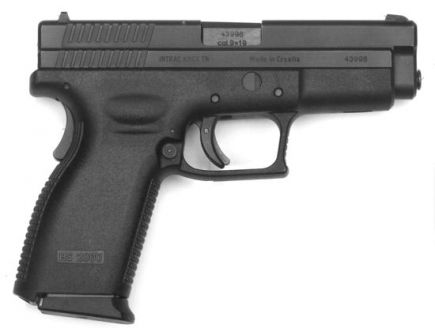 Original 9mm HS2000 pistol, circa 2000. Note that it has no accessory rails below the barrel 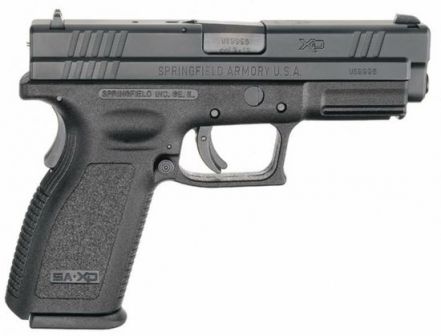 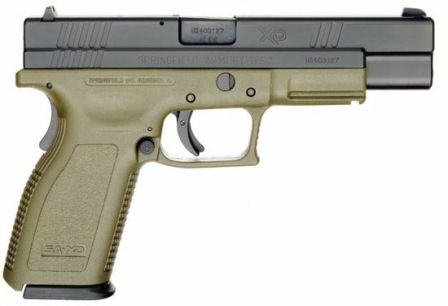 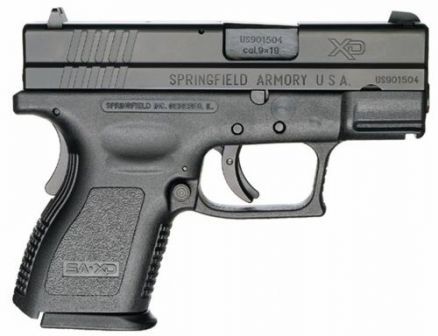 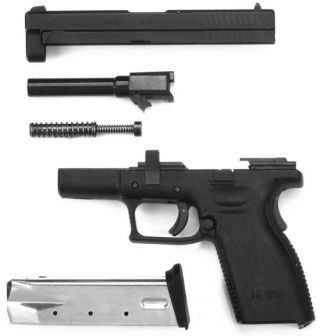 HS2000 pistol has been developed by Croatian IM Metal company for Croatian army during late 1990s. Production of the 9mm HS2000 started in 1999, with the first pistols being delivered to the Croatian army the same year. In 2000 these pistols first appeared in the USA, initially imported under their original name. However, in late 2001 the Springfield Armory Company of Genseo, Illinois, became the sole importer of HS2000 pistols in USA. Springfield offers a slightly improved version of HS2000 as the Springfield XD (eXtreme Duty pistol), and by now these pistols (still made in Croatia) are available in a variety of sizes, calibers and finishes.
After several years of aggressive sales, these pistols gained good reputation and serious following among American shooters, and by now several police departments in USA either issue these pistols on regular basis or approve them for personal purchase by police officers.

The HS2000 is short-recoil operated, locked-breech pistol with a polymer frame. The barrel locks to the slide with a single large lug which engages the ejection port. Unlocking and locking is controlled by a cam-shaped lug which interacts with a steel insert pinned to the frame. If the insert becomes worn or damaged, any competent gunsmith can easily replace it. The dual return spring arrangement is of the captive type; when assembled, the front of a spring guide rod projects slightly forward from the front of the slide; Springfield advertising literature calls this a "muzzle protector", but the original text of patent WO02059539, published in August 01, 2002 and granted to the Croatian design team, describes the reason for this feature as to "enable firing the bullet when the pistol is pushed towards someone's back". This is "necessary" because HS2000, as almost any other modern pistol, has a disconnector safety that does not permit the release of the striker if the slide is not fully closed and locked to the barrel, and such situation can be easily encountered in circumstances described in the quote. The trigger is single-action, also described in the advertising literature as Ultra Safety Assurance system. The pistol is striker fired, with the firing pin cocking indicator made in the form of a pin which protrudes from the rear of the slide when the gun is cocked. There are no manual safeties on the HS2000, but several automatic safeties are present, such as a firing pin block, a trigger safety and a grip safety. The sights are fixed, with the rear being dovetailed to the slide. Current production pistols also have an integral accessory rail on the frame, below the barrel; early production pistol had no such feature. The double-stack magazines are made of steel and hold 15 rounds of 9mm ammunition for original HS2000 pistols. Magazine release buttons are duplicated on either side of the frame, at the base of the trigger guard. Croatian military issue pistols have a black finish, while commercial pistols may have either black or a "military green" frame with a black or polished steel slide. Commercial models are also available in "Compact" and "Tactical" versions, with barrel lengths of 76mm (3 inch) or 127mm (5 inch) respectively, and in a variety of calibers.