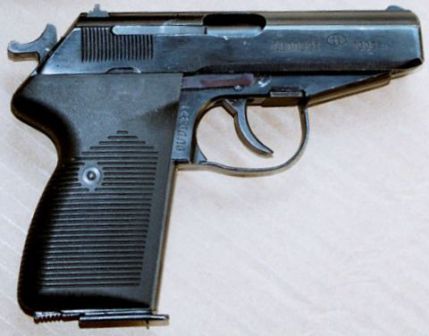 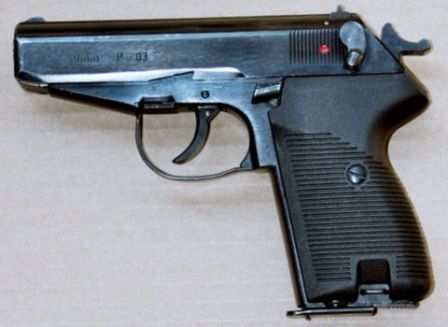 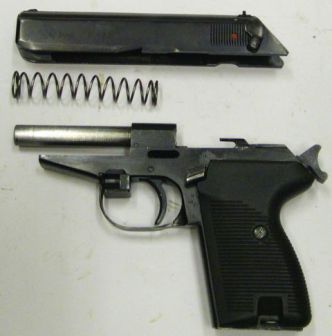 The P-83 pistol (officially designated as 9 mm pistolet wz. 1983) has been developed during early eighties at the state-owned Z. M. Lucznik arms factory. It is used by Polish military and police, and provided some improvements over previous P-64 service pistol in terms of both cost and combat effectiveness.

P-83 is a blowback operated, semiautomatic pistol. Both frame and slide are made by stamping, forming and welding from steel sheet parts to minimize production costs. Grip panels are plastic. Double action trigger with slide-mounted decocking safety and external hammer provide necessary safety and handling features. Unlike the P-64, the P-83 also features an external slide stop catch to facilitate faster magazine change, but magazine release catch is still located at the bottom of the grip. The disassembly catch is a separate part, located within the trigger guard. To remove the slide, this part is pulled down, and slide then is pulled all the way back and then up and out of the gun. Single stack magazine contains eight rounds. Sights are fixed, with rear sight being dovetailed into the slide.