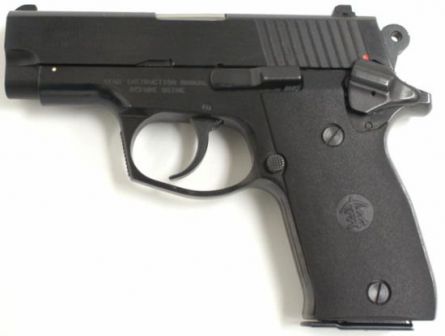 In the late nineties, the South African police issued a requirement for a compact, concealable pistol chambered for 9×19 ammunition. In 1997, the contract for a new police pistol went to the Republic Arms Company, which had developed the RAP-401 pistol, a relatively compact sidearm suitable for concealed carry. Later on, Republic Arms also produced a .40 calibre version of the same pistol, intended for export. This was designated RAP-440. It seems that RAP pistols were influenced by the Spanish Astra A-75. RAP pistols are favored for their reliability and mild recoil; on the other hand, these pistols are somewhat heavy for their pocket size.

The RAP-401 is a short-recoil operated, locked-breech pistol of all-steel construction. It uses a modified Browning type locking system, as the barrel engages the slide with a single lug that enters the ejection window. Unlocking is controlled by a cam-shaped lug below the barrel. The trigger is double-action, with an exposed hammer and frame-mounted safety, which also doubles as a decocker. Sights are fixed. Magazines are single-stack; the magazine release button is located at the base of the trigger-guard.