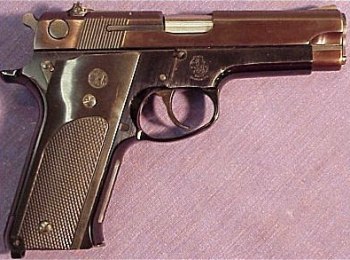 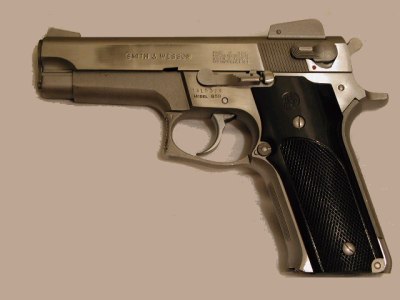 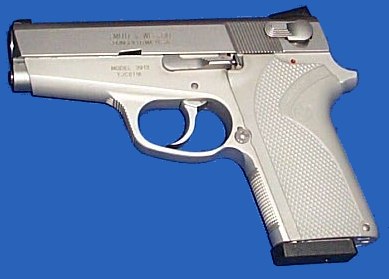 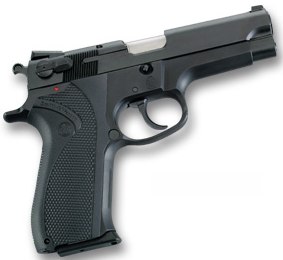 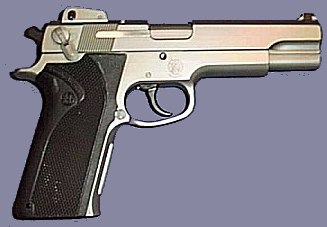 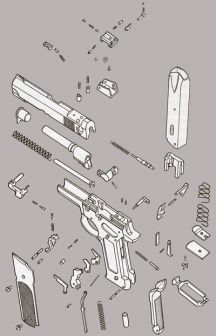 The history of the post-World War 2 S&W semi-autos began from its famous model 39 pistol, the first productional Double Action pistol made in USA. The development ot the model 39 began in 1949, and first production pistols saw the market in 1955.
Basically, all later S&W centerfire semiautos are further developments of model 39. Model 39 was recoil operated, locked breech firearm, utilising Browning High-power type locking principle and double action trigger with slide-mounted safety switch, also working as a decocker when switched to "safe" position. In 1970, S&W introduced model 59, a high-capacity (double stack magazine) modification of the model 39. The other difference between mod.39 and 59 was that mod.59 featured straight backstrap while mod.39 featured curved backstrap. Those two models formed so called First generation of S&W semi-autos. Both model 39 and model 59 are discontinued from production since 1980 or so.

Second generation also featured some odd models, such as mod.745 and mod.945 single action, chambered in .45ACP. Most of second generation S&W pistols are now out of production.

Third generation of S&W semi-autos was introduced in 1990 by four digit numbered models. The third generation also introduced ambidextrous safety/decocker levers and double action only and decocker only models. Other innovations were new chamberings (.40 S&W, 10mm auto and .45ACP) and new Novak lo-carry three dot combat sights. The three-piece grips were replaced by polymer, one piece wrap-around grips.
The 10mm auto pisols, built on large .45ACP frames, were adopted by FBI and some police departments, but didn't caught the market and were discontinued from production in mid-1990s. The .40SW caliber line, on the other hand, was built on the 9mm frames, and still in production.
Later, S&W improved the third generation with introduction of TSW (Tactical Smith&Wesson) modifications, that featured acessory rail, mounted under the frame, ahead of the triggerguard.

The key to third generation S&W model numbering is as follows:

List of major models of S&W semi-auto pistols
Please note that this listing may be incomplete.