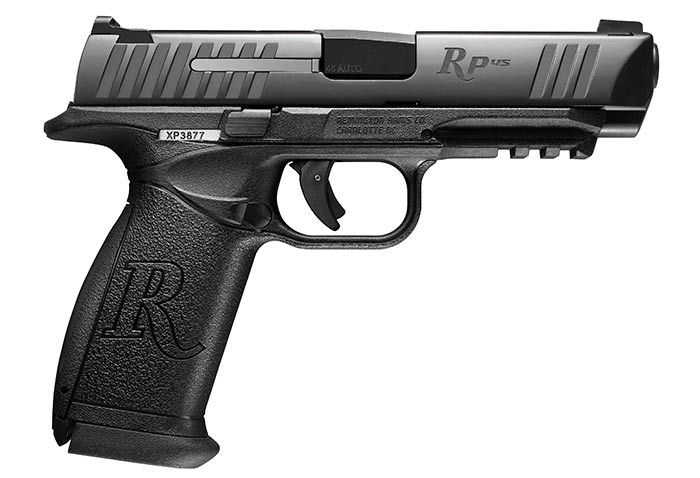 The Remington RP family of pistols is produced by the famous US small arms manufacturer of the same name. That company is of course better known for the rifles and shotguns which are its specialty.

First announced in 2016, the Remington RP-9 and RP-45 pistols entered production late that same year. This is an obvious attempt by Remington to introduce an inexpensive, full sized, polymer-framed, striker fired pistol to compete directly with Glock and other market leaders in the service industries.

The Remington RP pistols were initially available in the two most popular calibers, 9mm Luger and .45ACP, and only as full-sized  handguns. Other variations, such as ones chambered in .40 or with a more compact size, were hinted to be introduced at a later date, depending on initial sales.

The Remington RP-9 Pistol is a polymer framed, short recoil operated handgun that uses a Browning-type cam operated locking system. This handgun features removable backstrap grips of different sizes, and uses a striker to fire. There are no manual safeties, and an automated safety is built into the trigger, another similarity to Glock.