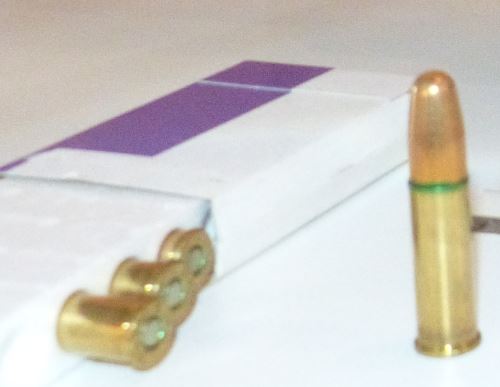 The G 150 (GW 150) Silenced (integrally suppressed) Sniper Rifle was an indigenous and secret project carried out by Swiss gunsmiths for the secretive Project-26 (P-26) organization.

P-26 was a clandestine Swiss intelligence and military organization, established during the Cold War (circa 1973) to operate behind enemy lines in case of the occupation of Switzerland. To conduct its planned clandestine operations, P-26 ordered some specialized weapons, such as the G 150 (or GW 150) integrally suppressed (silenced) sniper rifle.

Relatively few of these rifles were allegedly produced by SIG, and stored at secret P-26 warehouses until 1990, when this organization was uncovered by Swiss politicians and subsequently disbanded.

The G 150 (GW 150) silenced sniper rifle is a manually operated, rotary bolt action weapon built on the German-made Sauer rifle action. The rifle was chambered for a .41 Remington Magnum cartridge, loaded with heavy subsonic jacketed bullets (26.5 gram at about 315 m/s).

The barrel is equipped with  a large, integrated sound suppressor (silencer). This rifle is fitted with a side-folding shoulder stock and provided with unmarked 4-6X scope made by Schmidt&Bender. The scope has a proprietary aiming reticle matched to specific ammunition and marked out to 200 meters, with stadia lines for every 25 meters of range.

Ammunition was fed from detachable box magazines with 3-round capacity. The maximum effective range of this suppressed (silenced) sniper rifle was listed as 200 meters.