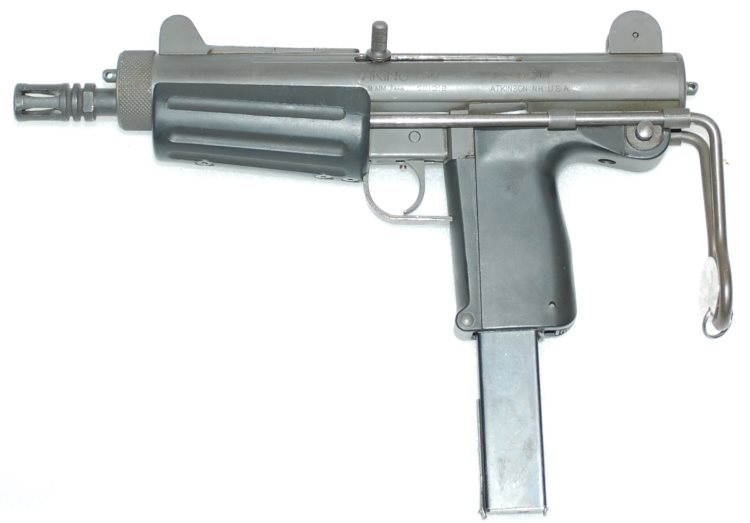 Viking submachine gun is a simple blowback weapon, firing from open bolt in single shots and full automatic modes. Bolt is of telescoping design, with most of its length located in front of the breech face. Sliding fire mode selector is located on the right side of the gun, above the trigger. Automate grip safety is built into the front of the pistol grip. If not squeezed properly, it would securely lock the bolt in open or closed position. Double stack, double feed box magazines are inserted into the pistol grip. Magazines are compatible with Swedish Carl Gustaf M45 submachine gun, as these “Swedish K” magazines are often considered to be among the most reliable ones. Iron sights include flip-up rear sight blade with settings for 100 and 200 meters range. Retractable shoulder stock is made from thick steel wire. Barrel is equipped with M16-style flash hider, and top of the receiver is equipped with integral accessory rail that would accept contemporary Aimpoint red-dot sight.