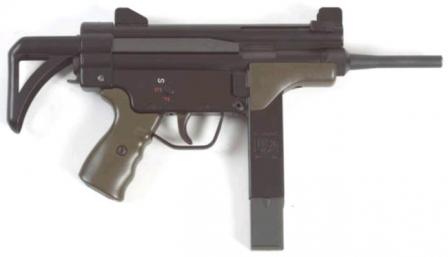 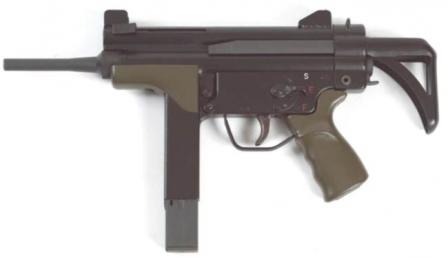 The Lusa submachine gun was developed during early 1980s by Portuguese arms manufacturing company INDEP, which at that time manufactured under license the HK G3 automatic rifles of German origin. To save on manufacturing costs, Portuguese designers utilized same manufacturing techniques (steel stamping) and some parts of the G3  rifles. Compared to another submachine gun which is also based on G3 rifle, the famous HK MP5, the Lusa is significantly simpler and thus cheaper to manufacture, mostly because it uses simple blowback action. For some time Lusa A2 submachine guns were manufactured in portugal and used by Portuguese armed forces and police, but in 2004 INDEP sold all manufacturing documentation and dies to a group of American investors, which established an American company to produce improved versions of this submachine gun, as well as a civilian-legal semi-automatic version of the same design. The company, known as LUSA USA, offered the Lusa submachine guns and carbines for several years, but recently the production in USA was ceased pending the sale of the company.

The Lusa submachine gun uses simple blowback action, firing from closed bolt in single shots and full automatic. It utilizes hammer-firing trigger unit with 3-position safety / fire mode selector switch, similar in design to those of G3 rifle. Receiver is stamped and formed from sheet steel and then welded. The magazine housing is extended below to form a grip for non-firing hand. Charging handle is amde in the form of dual sliders, located above the barrel. To charge the gun, user must grip those sliders with fingers and pull them rearwards, and then release. The Lusa submachine gun is fitted with short polymer forend, and with retractable metallic buttstock. Sights are adjustable only for zeroing, rear sight is of diopter type.