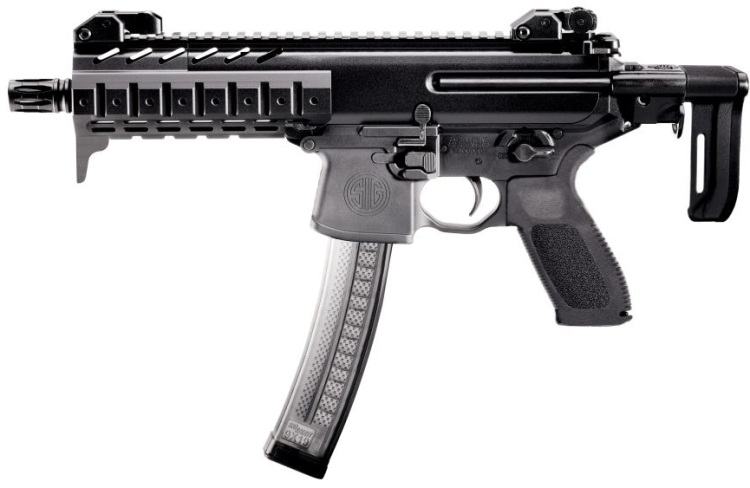 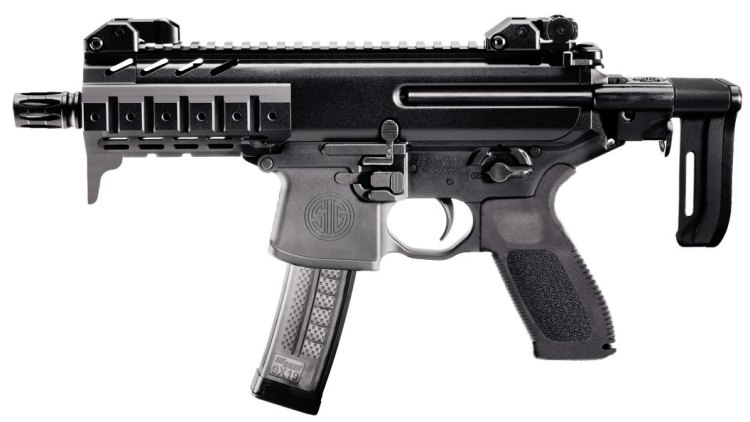 SIG-Sauer MPX is a newest product of the US branch of famous international arms-making company SIG-Sauer. First announced at Shot Show 2013, this submachine gun is available in several selective fire configurations for military and police use, as well as in semi-automatic only civilian-legal carbine version. Obviously, this new submachine gun is intended to compete with famous HK MP5 submachine gun on American market, but it also has strong export potential, especially if the price will be held at more competitive level.

SIG MPX submachine gun is a modular weapon which can be user-configured to fire three calibers (9×19 mm Luger/Parabellum, .357 SIG or .40 S&W), and features AR15-style controls and overall configuration, to shorten learning curve to operators already accustomed to M16 / M4 type rifles and carbines. Basic configurations of the SIG MPX are: standard version with 165 mm / 6.5” barrel, short version with 114 mm / 4.5” barrel (MPX-K with shoulder stock and MPX-P without shoulder stock) and integrally silenced MPX-SD. Civilian MPX-C carbine features same 165 mm / 6.5” barrel as a standard model, but with the permanently attached long muzzle brake / compensator to ensure overall barrel length of 16 inches to conform to US regulations. What is interesting about this muzzle device is that it can be easily converted into sound suppressor (silencer) by installation of the tubular sleeve and muzzle cap. Sound suppressors (silencers) are legal for civilians to own and use in many states of USA, but are regulated under NFA’34 legislation. Therefore it can be assumed that the sleeve and/or muzzle cap will be sold separately from the gun as NFA-regulated (Class 3) items.

SIG-Sauer MPX fires from closed bolt for enhanced accuracy and safety, and features hammer-fired trigger group with AR15/M16-style safety / fire selector lever. AR15/M16-style bolt hold-open device and charging handle are incorporated into the design. Barrels can be removed and installed by user with no tools, allowing for simple configuration and caliber change. Feed is from proprietary box magazines, made of translucent polymer and holding 10, 20 or 30 rounds. SIG MPX submachine gun can be equipped with 3-position telescoping stock, side-folding stock or no stock at all. Additional accessories can be mounted to Picatinny rails on the forend. Sights (iron, red dot or IR/Night) can be installed according to user preferences on the top Picatinny rail, made integral to the upper receiver.